Jessica Biel and Justin Timberlake Fight Over Children: Split Due To Tension? 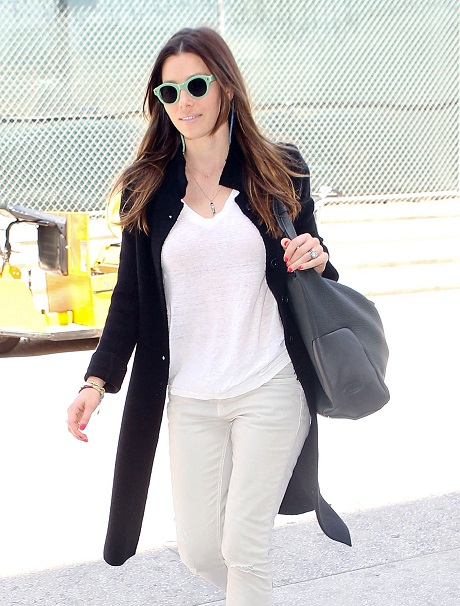 Jessica Biel has been hiding from the spotlight for a few months, and most people suspected that she either was pregnant or trying to get pregnant. But according to several new reports, not only is Jessica not pregnant, but she’s actually refusing to have children with Justin Timberlake right now. Ouch.

Justin’s grandmother Sadie Bomar spoke to Star Magazine in a new interview, and she explained, “Justin has wanted to have children all his life. If it were up to him, they’d have a baby tomorrow!” However, Jessica is apparently more open to leaving things to fate, which is a kinder way of saying that she’s not ready to have a kid with Justin. Could it be because she doesn’t envision her marriage to Justin lasting? There has been an increase in rumors about Justin’s cheating, and although Jessica’s allegedly known about some of his so-called affairs, she’s never outright done anything about it. Could that be changing?

Of course, Jessica’s career probably has a lot to do with this as well. Getting pregnant means that another 9 months is shaved off her career, easily. When you consider the fact that she’s landed maybe one or two high profile roles over the past two years, it’s clear that her career is in some dire need of help. And if she were to get pregnant, she would be losing another 9 months of networking and hustling to land more roles.

But with that being said, we can’t imagine that Justin is too happy to hear about this. If his grandmother is right and he’s been wanting children all his life, how’s he going to react when his wife doesn’t quite agree with him? Maybe they’ll both call it quits and get a divorce. Or more likely, Justin will try to convince Jessica to get pregnant quicker by offering her something else in return – a career favor, perhaps? Hey, it could happen.

Will Jessica Biel/Justin Timberlake split? Leave your thoughts in the comments section below!