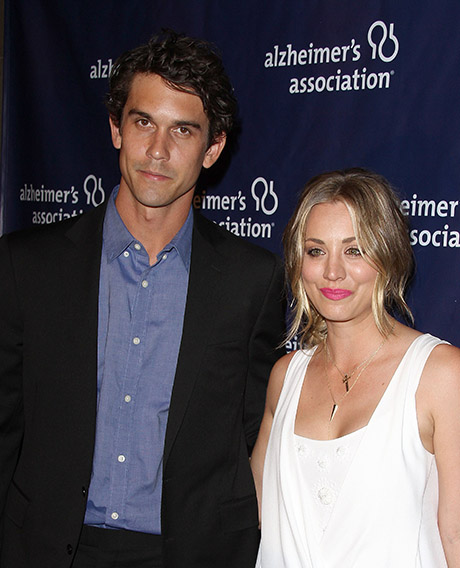 Kaley Cuoco saying she’s married her soul mate, Ryan Sweeting, couldn’t be more accurate. It seems the party girl’s hubby is a perfect match for her, having a past filled with drugs and alcohol. Kaley’s jumping from man to man trying to find some happiness has left her with a lot of insecurities. She is very needy and the former men in her life ran for the hills and left the clingy actress feeling vulnerable and insecure. Alcohol is her way of dealing with those insecurities, and Life & Style magazine recently reported that Ryan is growing tired of his wife’s partying, drunken ways.

Actually, Ryan has a problem with how Kaley acts when she is drunk, not the fact that she is drinking heavily. Kaley feels more bold when she is drinking and says things with no filter. When she begins to get jealous or acts needy with Ryan and he calls her on it, she gets emotional. It’s the up and down emotions of The Big Bang Theory star that are driving Ryan mad.

As we told you back in 2013, Ryan is a partier as well and was arrested in 2006 for DUI and drug and alcohol possession. He was then formally charged with third-degree felony for possession of Adderall without a prescription. His blood-alcohol level was between .122 and .133 at the time of his arrest.

Consequently, he was suspended from the University of Florida’s tennis team. After an injury, his ranking has severely dropped with the ATP (Association of Tennis Professionals) but not so much with his wife. Kaley’s drinking is making her feel even more paranoid about their relationship so she is laying it on pretty thick. She really wants it to work, despite their problems, if nothing more than to save face after so many joked about their hasty union. It wasn’t so long ago that Kaley was engaged to addiction specialist Josh Resnik. Maybe an addiction specialist living with a closet alcoholic was not good for his career?

Only time…and a little alcohol…will tell.