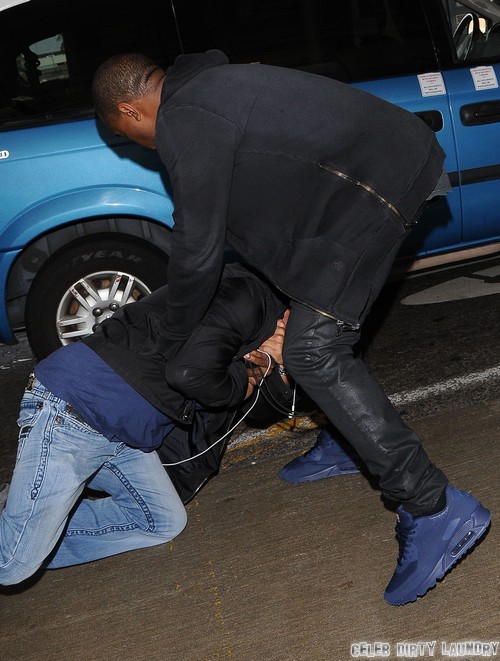 I love how if Kanye West isn’t doing something headline-worthy then he always finds a way to hijack someone elses’ success. Did you guys know that doing a visual album a’ la Beyonce was actually his brain child? Well of course it was, he’s God after all and that must mean that every ground-breaking, innovative idea inevitably passes through his mind before anyone elses’, right? Supposedly, Kanye wanted to do a visual album for his Dark Twisted Fantasies disc but he was talked out of the idea by those closest to him because they believed it wouldn’t resonate with the fans.

Now that Beyonce has put out a visual album that has sold over 1.5 million copies already Kanye is fuming. According to Radar, Kanye believes that Bey and her hubby, Jay-Z stole his idea and that her success is because he mentioned the visual idea to Jay years ago. Let’s be serious here, ideas and concepts aren’t generally 100% original and are typically built upon the past efforts of others that have worked their way into the culture in which they appear. A true genius, Issac Newton (he discovered gravity and invented calculus amongst other things), was humble enough to say approximately, “If I have seen further it is only by standing on the shoulders of giants.” Bey had the gumption to actually put a visual project together and it is killing Kanye.

While he is trying to keep his mouth shut publicly, Kanye and Kim Kardashian were missing from Beyonce’s mothers’ 60th birthday party. Don’t think for one minute that was a coincidence because it wasn’t. That was Kanye realizing that he couldn’t contain his anger and realizing that burning a bridge in this instance wouldn’t be the brightest idea. Are you sick of Kanye trying to take ownership of other people’s success? Are you just sick of him in general? Tell us your thoughts in the comments below!