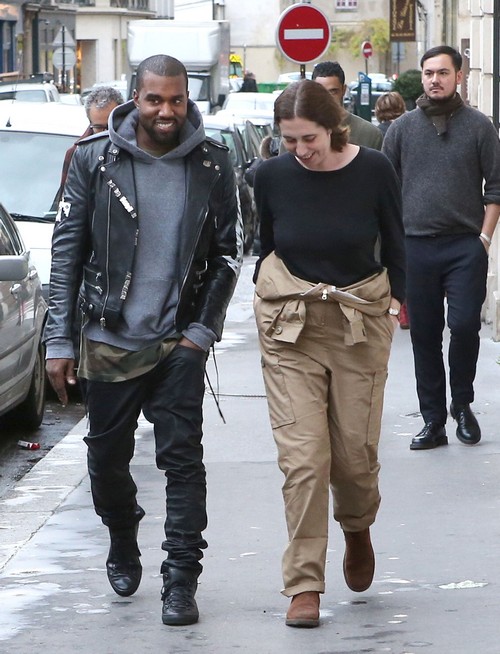 Kanye West is a real class act isn’t he? After pummeling the crap out of an 18-year old in front of countless witnesses earlier this week he went on to show us what a real man he is, by fleeing to Paris. Seriously, Kim Kardashian’s baby daddy defended her honor by beating down the guy that supposedly threatened her life and once things started getting a bit toasty, Kanye did what he always does, he left. You know, kind of like he did when Kim was pregnant?

Kanye has a big mouthy and serious anger issues but you better believe if he finds himself locked up on assault charges for any length of time he’ll be crying like the sissy that he really is. So he is currently in Paris and was photographed earlier today with some random chick looking happier than he has in a long time. That’s probably because all of his problems and responsibilities are an ocean away!

Seriously though, Kanye bailed out leaving Kim to deal with an even more rabid paparazzi that want more answers than ever. This means that their daughter is more at risk because if she should be with Kim when the vultures are moving in she could be accidentally hurt. Wouldn’t a good father and boyfriend be more protective of his family now? Instead this idiot left the country, yet again. Do you think that he’s afraid that he’ll be arrested and that’s why he fled to France? Tell us your thoughts in the comments below!