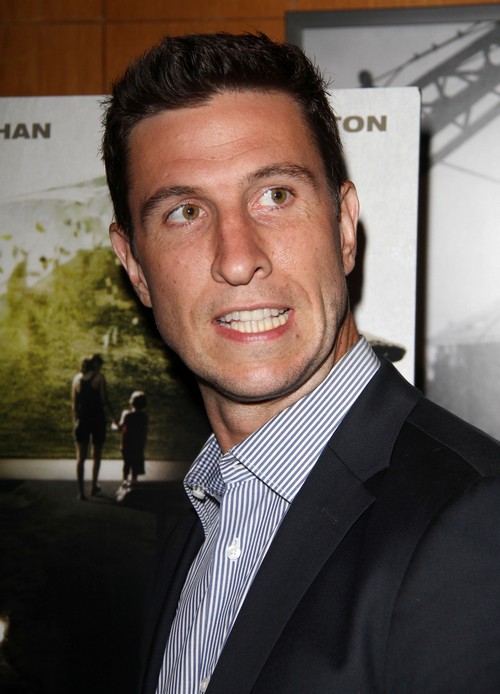 Pablo Schreiber, who plays George Mendez on the hit Netflix series, is reportedly dating Dancing with the Stars’ Karina Smirnoff. Everyone’s favorite correctional officer from Orange is the New Black, dubbed “Pornstache” doesn’t have to look for love among the inmates at Litchfield any longer.  It seems Karina Smirnoff and Pablo Schrieber are dating and a couple!

Celebuzz reported the new couple was seen enjoying a couple performances at the iHeartRadio Festival in Las Vegas on Saturday night, while taking some time out for some laughing, dancing, and flirting. Smirnoff and Schreiber, both 36, were affectionate throughout the show, leaving one source sharing. “It looked like they had great chemistry.” Schreiber, who happens to be the half-brother of actor Liev Schreiber, separated from his wife of seven years back in January. He and his estranged wife share custody of their two children.

Smirnoff, meanwhile, was previously engaged to fellow Dancing with the Stars hoofer, Maksim Chmerkovskiy until the couple split in 2009. She was later engaged to Detroit Tigers star Brad Penny. The couple began dating shortly after her relationship with Chmerkovskiy ended, and were engaged for about one year before Smirnoff pushed back the wedding. Apparently, she pushed it really far back considering the wedding never happened.

Let’s hope for Karina that her new man is nothing like the sleazy CO the Schreiber plays on OITNB! What do you think? Will this couple have what it takes to last?