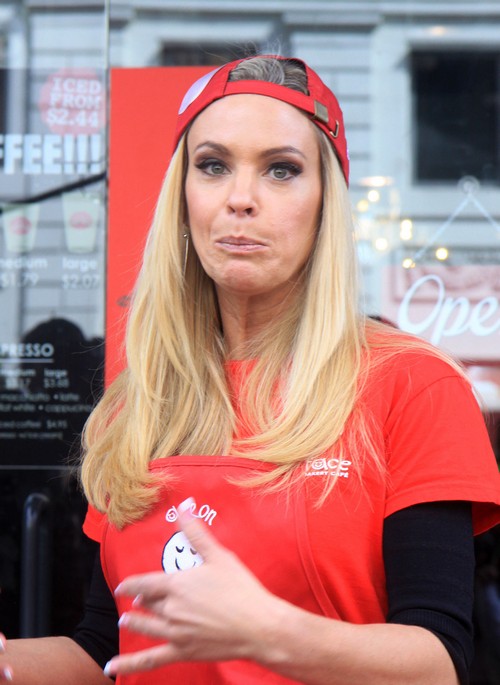 For anybody out there who’s sick of Kate Gosselin, we have bad news for you. Kate has a long-term plan that will make sure that she stays in reality television for a long, long time. She’s already gotten some extra income and publicity from her short stint on Celebrity Apprentice, but she was recently fired from that. So what next?

Kate’s reportedly lined up gig after gig on reality TV, even if it involves shamelessly using her kids as a publicity tool. Forget the fact that she’s pretty much exploiting her children for her own personal gain – if you ask her, she’ll say it’s for their gain, too. She’ll explain how her ex-husband, Jon Gosselin, barely supports their family and she has eight children to feed. And you know what? She’s not lying. But that doesn’t mean that she’s also not thinking of herself when booking all these shows.

If she really wanted to, she could have easily made the residual payments and checks from Jon and Kate Plus 8 last a very, very long time. She could have put away enough money in investments, and had enough to last her kids even now. But of course, that’s not how reality stars operate, and Kate’s learned her lesson in that regard. Plastic surgery, overspending, etc. all led to Kate becoming broke and desperate for money, and she’s lucky that she even got Celebrity Apprentice.

Kate and her kids already have their summer special lined up as well, with a source telling Radar Online, “Kate constantly needs to find ways to support her family and the entertainment industry is just the easiest thing for her. She’s going to be on TV again. TV is what Kate likes to do and it’s what pays her bills, so she’ll continue with it as long as she can. She makes for good TV because people either love her, or love to hate her.”

Is this another way of saying that Kate is a shameless famewhore that will use anything in her power to keep herself relevant? To be honest, I’m not sure if audiences care about Kate Gosselin anymore, but I guess we’ll find out soon enough.