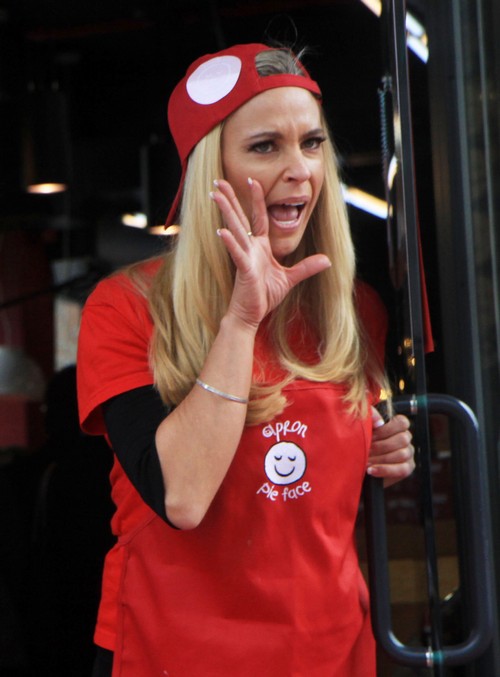 I have to hand it to Kate Gosselin. She always finds a way to continue over-extending her 15 minutes of fame while lining her own pocket. This time around she is in NYC filming the upcoming season of Celebrity Apprentice and all of the contestants are holed up at the Trump International Hotel. However Kate seems to be the only one who brought along a plus one. According to the April 14th print edition of In Touch magazine Kate’s former bodyguard and current business manager and alleged lover, Steve Neild, is staying with her.

Steve’s wife of a bunch of years recently posted a happy family photo on Facebook in an attempt to quiet all of whispers’ that surround the couple. Steve and Kate have had tongues wagging for years now with a rumored affair that they do little to deny. I mean they both have said that the relationship is purely professional but then they take Kate’s oldest twins to a Demi Lovato concert and spend the night being touchy feely in front of everyone. Their actions seem to speak a whole lot louder than any words that either of them have ever spoken.

Of course Kate will try to normalize having Steve with her now but the fact of the matter is that she is joined by a cast of celebs and none of them are traveling and staying with staff members. Do you guys think that Kate and Steve are more than just friends? I mean is there any way that these two aren’t hooking up? Tell us your thoughts in the comments below!

Kate works the ‘Buy A Pie for Charity’ event on day one of filming ‘Celebrity Apprentice’ in New York City, New York on March 25, 2014.