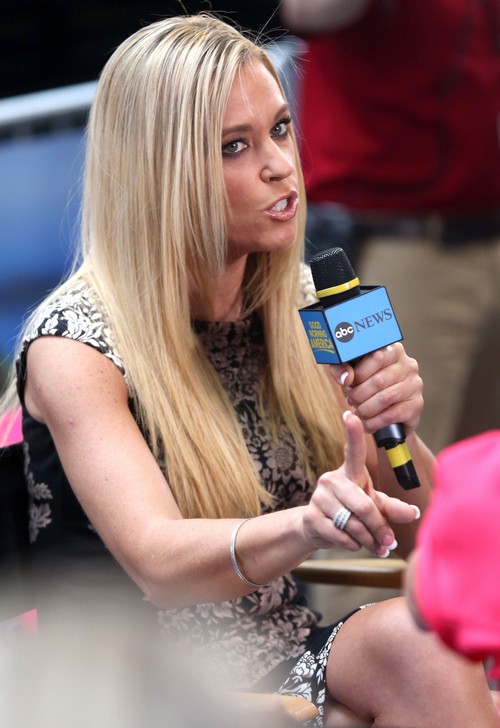 Kate Gosselin released enough babies from her womb to warrant a super successful, albeit kitsch TLC reality show called Jon & Kate Plus 8. The show showed the peculiar family dynamic between Kate, then husband Jon, and their eight children. It was a runaway success, but the popular reality show came to a standstill after Jon and Kate announced their separation.

On December 16, 2009, the couple finalized the divorce, which prompted TLC to place the show on immediate hiatus due to production difficulties and viability. The series ended when Jon sent a cease and desist letter to TLC and banned production crews from his property. TLC rebooted the series, changed the title to Kate Plus 8 and aired the show for two more seasons.

This Thursday, June 21, TLC aired a special titled Kate Plus 8: Sextuplets Turn 10. TLC producers wept in bathrooms and cameramen jumped from buildings, but it wasn’t enough to stop Kate’s House of Horrors from reopening its doors.

What happens when Gosselin’s brood turns into teenagers? Hell. Complete and utter hell. Here’s what we know: The Gosselins throw a spectacular party to celebrate the momentous milestone, but the event is marred by horror fits and brat bitching. In one of the teaser clips, 13-year-old Cara and Mady lose it during a family-brainstorming event. Before storming off rather dramatically, Mady yells, “This is stupid. This isn’t fun. I don’t want to be a part of it!”

The incident leads to a “reality television production interview” with half-edited voiceovers and clever questions. When asked whether they see themselves as role models for their younger siblings, Mady responds, “No. They better not. I mean, I’m an awful role model. Ugh.”

Oh snap! Did you watch the crazy Gosselin drama? If so, let us know what you thought about it in the comments section below!