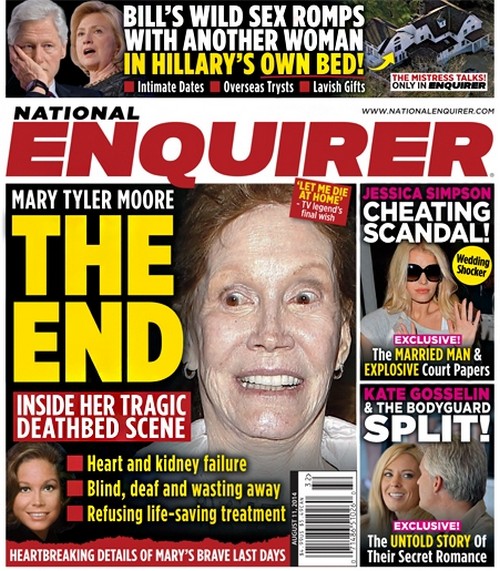 It sounds like Kate Gosselin’s life just got a little more depressing than it already was. The tyrannical mom of eight has had an impossible time finding herself a decent single and available man so for years now it has been rumored that she was hooking up with the help. Steve Neild was technically hired to be Kate’s bodyguard but over the years he has also been tagged as her “adviser”. Neild is married with two kids but that didn’t stop Kate from moving in on him. The two were spotted taking a few of the kids to a Demi Lovato concert a few months ago and onlookers couldn’t help but notice how touchy feely they were and how they carried themselves like a couple.

Whatever had been going on came to a screeching halt recently according to the Aug. 11th print edition of The National Enquirer. Sources say that the couple has finally split- news that must make Neild’s wife pretty happy! Perhaps Kate finally got tired of being the other woman in the triangle and finally realized that Neild had no intention of leaving his wife and the family that he created with her.

Speaking of “other women” sources say that the newly married Jessica Simpson is now tangled in the court proceedings of a married man. The Enquirer alleges that Jess and the other guy were having an affair and apparently she is now tangled in his divorce. All of the dirty details have been made a matter of court record, something that totally goes against the image that Jess has been working over time lately to promote. Her social media is filled with babies, weddings and family bliss with no hint of the drama that proceeded where she is at right now!

Mary Tyler Moore is reportedly on her deathbed. We have been hearing of the tv legend’s failing health for quite awhile now and sources say that she has given up and is refusing any sort of potentially life saving treatment. The latest issue of National Enquirer has more details on Mary’s last days and they also have an investigative report on Bill Clinton’s continued extracurricular activities. You’ll want to grab a copy to learn more but in the meantime, do you think Kate dumped her married guy or was it the other way around? Tell us in the comments below!