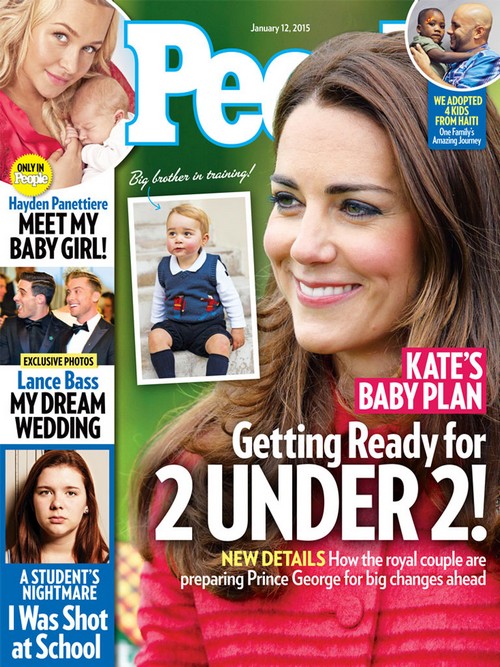 Kate Middleton is about to give birth to her second child, and all eyes are on what happens next. Will Kate Middleton follow Princess Diana’s example and raise Prince George and baby number two in Kensington Palace, or will she escape to the relative privacy of Anmer Hall and defy Queen Elizabeth? According to People Magazine, sources close to the royals have admitted that Kate Middleton is planning to spend the majority of her time at Anmer, raising her two children away from all the royal rules and decrees. Basically, we predicted this happening almost a year ago, when it was first announced that the royals were renovating Anmer Hall.

There was no way that Kate Middleton and Prince William would spend all that hard-earned taxpayer money on renovating Anmer Hall when they weren’t going to spend a significant amount of time there. Plus, it seems like Kate has been spending more and more time doing things her own way, the royals and Queen Elizabeth be damned. She completely broke Christmas tradition by having dinner with her family on Christmas eve as opposed to spending it with Queen Elizabeth, and she’s clearly hellbent on doing things the way she wants to do them. She doesn’t want George and baby Margaret to grow up in the stifling environment that her husband grew up in, and one can’t really blame her for that.

The People report also claims that Kate is planning to hire a second nanny after her second baby is born, and that’s not even counting Carole Middleton stepping in and helping every so often. In other words, Kate Middleton is all set to fight back against royal tradition, but she’s going to stay lazy while she’s doing it.

What do you guys think about Kate Middleton running away from Kensington Palace, with or without Prince William? The People report didn’t mention anything about him, but I can’t imagine him staying at Kensington while Kate raises their two children at Anmer Hall, alone.