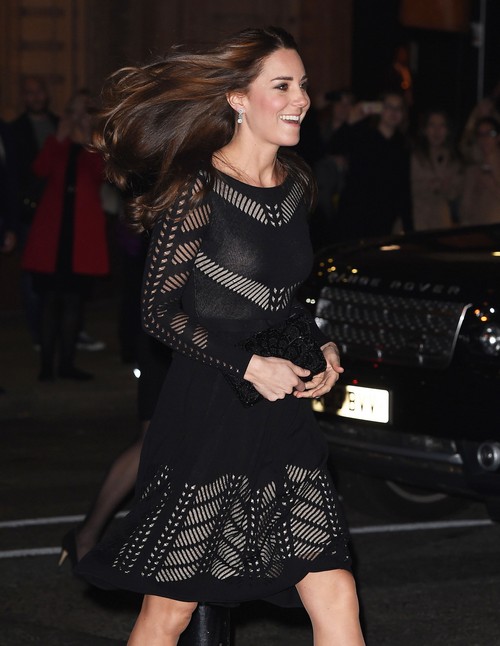 Kate Middleton has decided to rebel against being the Most Stylish Woman of 2014 and that means dressing down and pissing off Queen Elizabeth! One would think that being the Kate Middleton, The Duchess of Cambridge and the wife to Prince William, the future King of England and the mother of Prince George, another the future King of England would be enough. However, that’s not the case – Kate Middleton wants to be The Duchess of Cambridge, Scholar of England, and renowned artist/advocate/spokesperson/intelligentsia member. In fact, we’re hearing that Kate Middleton is so sick of her style icon status that she’s planning to ditch the royal fashion ‘rules’ and start putting comfort over style. And by that, we mean literally comfort over style. Like, sweatpants level comfort…. Queen Elizabeth does not approve!

I guess one can’t exactly blame her – she’s been forced to bear the brunt of the media glare ever since she married Prince William, but she had to have known what she was getting into. Who here wouldn’t sacrifice their degree and their desire to use their brains for a year-round vacation? Kate’s got the perfect life, and it’s not even the illusion of a perfect life – it’s literally the perfect life. Sure, she lives her life under the harsh glare of media scrutiny, or that’s what the royals would have you believe. But thanks to the strict paparazzi laws, the media can’t really intrude that much into the royals’ personal lives, and really, Kate Middleton and Prince William are so boring that it wouldn’t yield much anyway. And also, most of what the media captures is Kate and Will going on endless vacations and then ‘working’ by attending royal engagements every so often. Oh, boo freaking hoo, so much work!

So yes, sue us for not feeling pity that Kate Middleton hates her style icon status. But even if she intends to wear sweatpants for every royal function from here until the end of the decade, Queen Elizabeth will never let that happen. Yes, Kate might have gotten away with it once [when she wore a hoodie at a recent event], but as a regular outfit staple? Not a chance.