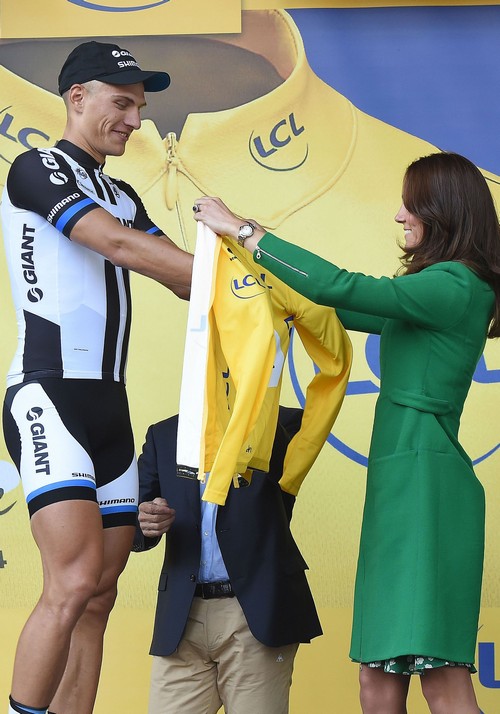 Kate Middleton is always in great shape, even on her most bloated days, but apparently when she looks in the mirror she doesn’t see what the rest of us do. The duchess is apparently more than a little obsessed with being super skinny and now not only has she lost all of the baby weight that she gained with Prince George but she’s thinner than ever. According to the July 21st print edition of In Touch, Kate has been eating much less than usual and insists on never missing her daily workouts no matter how she feels.

Apparently, Prince William is more than a little worried and has some of London’s top doctors keeping an eye on Kate. Rumors have also been swirling that she is pregnant with baby number two. If that is indeed the case and she’s starving herself, then that means that she’s also starving her unborn child. No doubt that would be a major reason for William to call doctors in to look after his wife.

Supposedly, Kate’s reaction to stress is to avoid food. We know that she is under enormous stress between home renovations, new motherhood, and trying to keep nasty Camilla Parker-Bowles at bay. Then when you factor in the paparazzi’s quest for photos and Queen Elizabeth’s constant parenting advice, well, Kate has good reason to be a mess, don’t you think?

If she is expecting another baby, then do you think the reality of that will be enough to pull her out of her dysfunctional eating patterns? It seemed to work while carrying George — will another pregnancy make Kate get healthy again? Tell us your thoughts in the comments below! Is Kate Middleton pregnant?