Kate Middleton’s Hair The Most Famous Hair In The World – It Has become Its Own Celebrity! 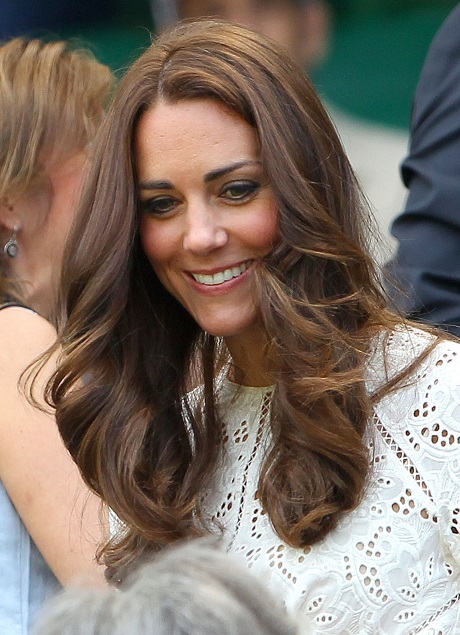 Whether for better or worse, Kate Middleton’s hair has become its own celebrity, especially in England. It represents the royal-obsessed culture that we’re living in today, where a Duchess’s hair has become more scrutinized than actual wars in the Middle East.

The Daily Beast gives a hilarious example of this phenomenon, where Kate Middleton had a hair ’emergency’ on Tuesday. She attended a function at a school in London, and let’s just say that she had a bad hair day. There was some hair up, there was some hair down, some was curly, some was straight. Basically, it was a far cry from the perfectly coiffed and blow-dried strands that Kate is usually sporting.

So instead of being like, ‘Oh, Kate’s having a bad hair day’, the tabloids melted down with the indignation. You’d think that the apocalypse was impending, with the way people reacted to Kate’s hair. Forget the fact that Kate was promoting an important charity that day, forget the fact that she had co-chairs who asked people to focus on the importance of the charity campaigns rather than Kate’s hair. Nope, it was Kate’s hair that drew the most traffic, and it was Kate’s hair that graced the front pages of the tabloids – not what she was doing on Tuesday, but rather, the state of her hair on Tuesday.

Like I said, for better or worse, the “Kate Middleton hairdo” (in whatever shape it takes) has just become a staple of British tabloid culture. Heck, I should say it’s become a staple of international tabloid culture, since everyone around the world is obsessed with Kate Middleton and her hair. If only she could somehow turn that into meaningful discussion about topics that matter, like education and poverty. But, alas, her hair doesn’t have magic powers – it’s just really, really shiny.