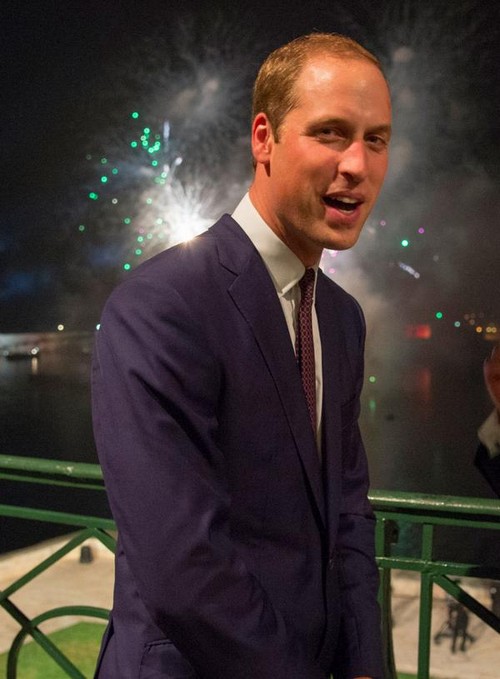 Just a few days after Duchess of Cambridge, Kate Middleton had to cancel her weekend getaway to Malta, the first solo official trip in a royal capacity Kate was scheduled to take, her husband Prince William gladly stepped in to cover during the two-day event. Saturday, he teased in front of hundreds of people, “I’m sorry you’ve got me instead of Catherine. She’s very disappointed she couldn’t be here today.”

Kate Middleton was told by her doctors not to make the trip as she continues to suffer from Hyperemesis Gravidarum. Princess Kate is expecting her second child (or twins as some reports claim) and has been having severe morning sickness. A visitor asked Prince William how his pregnant wife is doing and he replied. “She’s so-so. She’s very disappointed she couldn’t be here today.”

The couple announced they were expecting another child September 8 in a statement made by Clarence House. “Their Royal Highnesses, The Duke and Duchess of Cambridge, are very pleased to announce that the Duchess of Cambridge is expecting their second child. The Queen and members of both families are delighted with the news.”

Later on it was revealed that Kate Middleton was being treated by doctors at Kensington Palace. The illness sometimes requires additional hydration, medication and nutrients. Camilla Parker-Bowles is reported to be doubting the severity of Kate’s illness and has accused her of malingering.

While Kate is resting peacefully, Prince William is going about fulfilling his own responsibilities. As well as meeting with the President of Malta, Prince WIlliam is scheduled to attend a service at Malta’s St John’s Cathedral and a boat tour of its Grand Harbour.

The two day trip was going to be Kate’s first solo trip overseas, but the Duchess put her health first. Well done Kate!

It hasn’t been confirmed whether Kate will be having a boy or girl, but names for girls have already been picked out. So far on the list are Diana, after William’s late Mother, Elizabeth, Alexandra, and Victoria.

Bets worldwide are currently being made on the baby’s due date, gender and name.