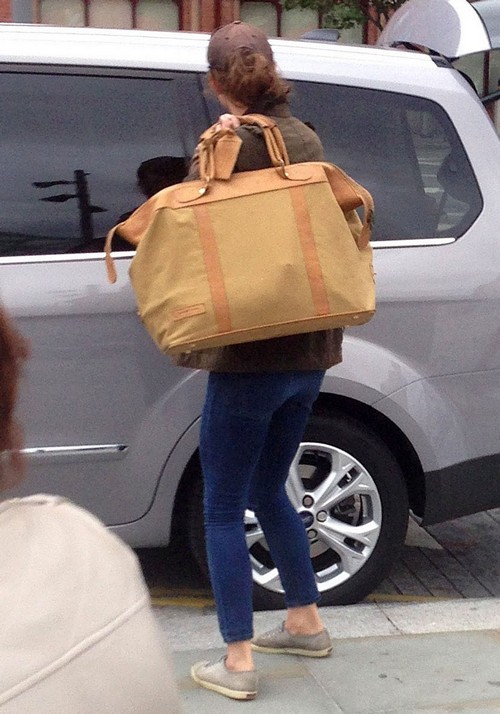 Despite evidence to the contrary, sources are convinced that Kate Middleton is pregnant. The timeline certainly makes sense, especially as we received confirmation from Vanity Fair that Kate and Prince William were trying for a second child pregnancy over the summer. Plus, so many of Kate’s ‘friends’ have been talking about her being pregnant  to the tabloids, and it’s hard to believe that all of them are lying. Still there is no physical evidence of The Duchess of Cambridge displaying a baby bump nor of having had a miscarriage.

However, these same sources are also saying that the royals don’t want the pregnancy to come out in public just yet. For some reason, everybody seems to be bending over backwards to allow the royals some privacy, probably spurred on by Kate’s bare bum scandal. Yes, another pregnancy would be positive publicity whereas the bare bum scandal was anything but positive. But at the same time, Kate being pregnant, especially this soon after her rumored miscarriage, would invite so much more attention and speculation than they’re getting at the moment. With Princess Kate preparing for her solo Malta Trip and party planning for Prince Harry’s birthday bash at Kensington Palace there is no way the Palace wants to divert attention to a potential baby bump caused by Kate Middleton’s second child pregnancy. This trip to Malta is a big deal for the princess as it marks her first official solo representation of the crown.

Either Kate and Will are hiding some deep, dark secret that they don’t want anyone to know about it, or they just really, really want to get out of London and move to Anmer Hall. That still doesn’t explain their incognito trip through the London public transportation, but I’m going with that as a public image fix [‘look at us, we’re so normal!’]

The way it looks right now, Kate and Will are just sick of being famous and sick of being royals. Never mind the fact that they get more vacation than the rest of us combined, or that they never have to earn a single penny but can keep spending on extravagant renovations on each of their apartments. All this takes a backseat to their desire for privacy, which would explain why they’re going out of their way to hide Kate’s pregnancy.

After all, the palace still hasn’t confirmed or denied the news. And not only that, but Kate’s going out of her way to make everyone think that she’s NOT pregnant. She’s taking trips by herself, she’s signing up for several international public appearances, she’s planning parties, the whole nine yards. And even though the miscarriage rumors continue to swirl around her, I doubt the royals would let her be so active if she was in poor shape after a miscarriage. But being in the first trimester of her pregnancy is much more likely. If we spot Kate drinking alcohol at either Prince Harry’s birthday party on when Kate and Prince William attend their friends wedding in Italy then we will have our answer!

Prime Minister David Cameron tweeted: “Many congratulations to the Duke and Duchess of Cambridge. I’m delighted by the happy news that they’re expecting another baby.”