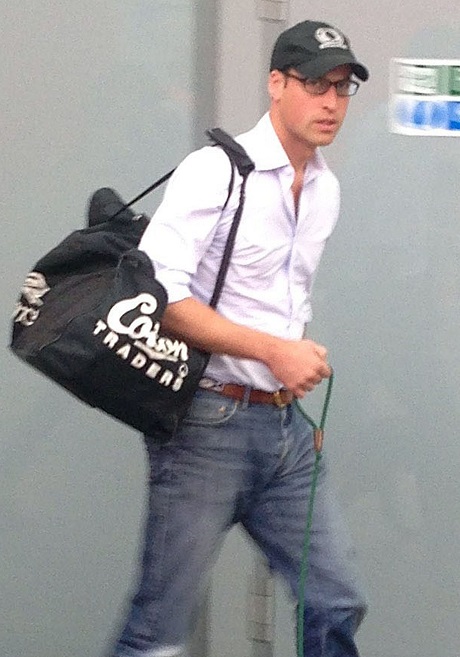 Ok, Prince William and Kate Middleton are up to something. First, they take Lupo on an impromptu trip through London’s trains, getting photographed going incognito in the process. Maybe they were actually trying to hide, but it’s certainly suspicious that the pictures of them on the train later ended up in major UK newspapers and tabloids – even though private pictures of the royals are usually banned.

Then, Kate and Will supposedly went on a very ‘romantic’ date near their home in Norfolk, and by golly, the details just happened to leak to People Magazine and The Express.

Kate and Will had dinner at the Kings Head Hotel in Great Bircham, with full details of their orders, their clothing, and even their conversation being transcribed almost word for word on the sites. Either someone was eavesdropping on every word, or this is a palace-approved message. Vanity Fair: “They spent two hours at the pub—called Kings Head Hotel—and were accompanied by four bodyguards, who sat at a separate table. They were said to have ordered the same meal—grilled fillet of black bream.”

An ‘onlooker’ also supposedly told the Express, “William was extremely affectionate and considerate towards Kate throughout. They were quite flirtatious and couldn’t keep their hands off each other. When they had finished their meal, a couple of locals came up to them and said hello…. My overwhelming feeling was how normal they were. They just seemed happy to mix with the locals.”

Uh…. huh? Ok, clearly the only explanation for this is that body snatchers came in the dark of the night and replaced Will and Kate when nobody was looking. Remember, these are the same two people who avoid public places and going out like the plague, and suddenly, they’re taking trains and being affectionate in PUBLIC? Something’s going on.

The royals are sending us a message, but I just wish the message was clear. They are obviously trying to fix their PR image and come off as ‘normal’ and ‘easygoing’, maybe in preparation for their move to Anmer Hall? They know the move hasn’t been taken well by the public, and maybe they think that this will help? Or perhaps they’re just trying to distract from the ‘Kate Middleton pregnant’ rumor, which is just as likely.