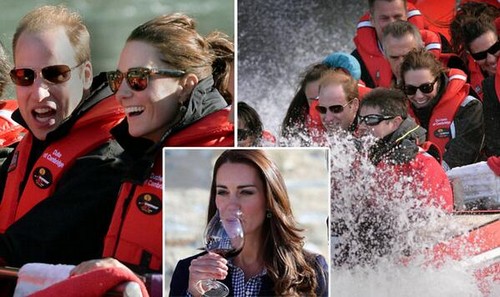 Kate Middleton is pregnant as far as we can tell – based on the massive hint revealed today by the man who should know the best, Prince William! The royal couple were in the town of Cambridge, New Zealand to place roses at a war memorial when the second of the big clues was dropped.

William was introduced to Cynthia Reed, a woman who had knitted a special woolen shawl for Kate’s son, Prince George, when he dropped a bomb. As he thanked the Kiwi he said, “You might have to make another one soon!“

This is remarkable news and confirms the story we ran recently reporting GLOBE’s discovery that The Duchess of Cambridge was pregnant. When Ms. Reed spoke with reporters she said that Prince William spoke in a tone that she interpreted to be as if he were dropping a big hint. Ms. Reed told reporters, “The way William said it was like he was dropping a hint,” adding, “letting me in on a secret.“

The New Zealand government hired Ms Reed to make the gift for this special visit and it was presented to the Kate and Will before the rose ceremony.

This is the second big hint in as many days that Kate is indeed pregnant with a second child. On April 10th when the royal couple attended an unveiling of a portrait of baby George’s great-grandmother, Queen Elizabeth II,  there was a toast and guess what, William drank wine but Kate’s wine glass contained only water! The press covering the event reported, “When they toasted the room, William held a glass of wine and Kate had a wine glass with water in it.”

There is wine tasting scheduled for Sunday in Queenstown on the South Island of New Zealand. Since it is Sunday afternoon there right now and the royal couple is scheduled to sample the Otago Wines at the Amisfield winery we will be reporting back to you in a few hours as we update this post. Will Kate drink the wine at the Amisfield winery and prove the rumors wrong or will she abstain?

As certain sites remarked, The Palace had no comment, but of course anyone who covers the royals extensively like CDL does knows that The Palace never ever comments on stories in the press.

Kate Middleton Friday, Saturday and Sunday (New Zealand time) looking as lovely as ever – Prince William looks okay too! Keep in mind that Kate didn’t show any tummy at for the longest time in her pregnancy with George. Kate and Will are at the Otago Winery – will Kate sip the wine or is she pregnant?

Lastest Update: Not only did Kate sip the wine but she participated in Shotover, a Jet high speed river ride, which specifically cautions pregnant women about participating: 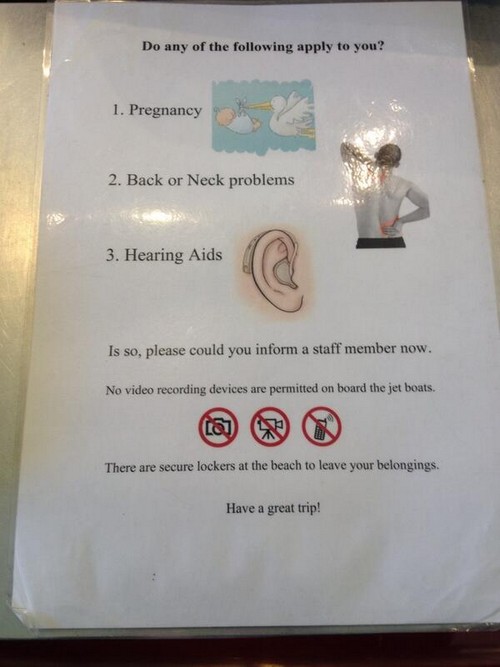