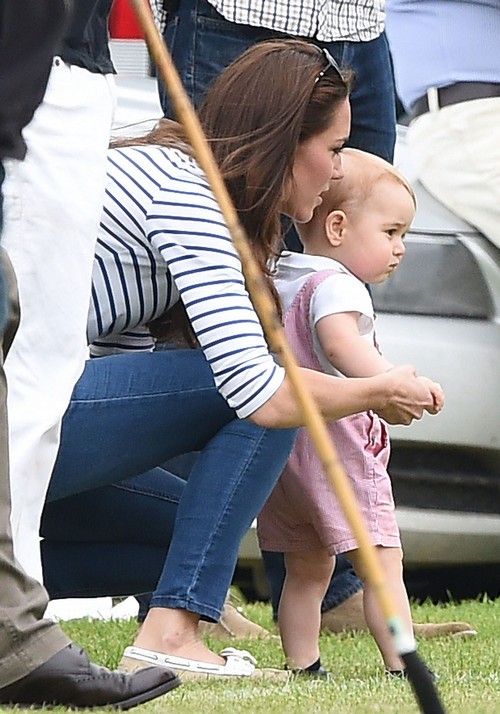 Kate Middleton has cut back on her public appearances by such a drastic amount that pregnancy rumors were bound to increase. Plus, her barely concealed baby bump in recent outings increased the speculation, and the rumors have now reached a fever pitch.

However…we’re hearing exclusively from our sources that Kate is actually pregnant, and for once, the tabloids were right. Imagine that!

Kate’s currently ‘prepping for the spare heir‘, according to In Touch Weekly’s cover issue. Prince George will be welcoming a baby brother within the next year or so, which should give him plenty of company for play time. Even though it was rumored that Kate and Prince William had wanted to have a baby girl next, who’s to say that they’ll stop at just two? It’s been less than a year since George was born, and if Kate’s already knocked up, that’ll make it two kids in three years. If they continue on this trend, they’ll end up with a Brangelina-type situation.

We’re also hearing from sources that Kate wants to move to Sandringham, away from London and the intense media speculation. It’s difficult for her to avoid the paparazzi and press in London, even if she stays holed up in Buckingham Palace all day. Sandringham, in contrast, is quiet and peaceful, and Kate may actually have her second pregnancy in peace, without rushing to the hospital and getting photographed every time she leaves her house. She’ll need the rest, especially if the baby’s anything like little George.

What do you guys think? Are you excited for another baby royal to gush and fawn over? Let us know your thoughts in the comments below.