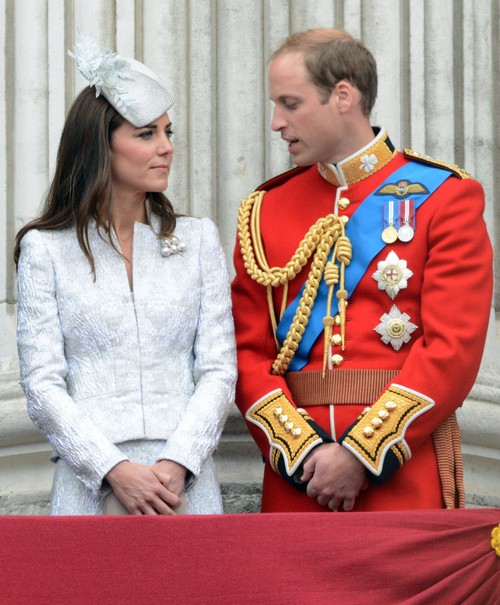 It seems like we have been contemplating Kate Middleton’s second pregnancy since about three months after she delivered Prince George, doesn’t it? The royal watcher’s really love the idea of her expanding the family and breathing new life (quite literally) into the stuffy monarchy. After numerous rumors and rampant speculation it sounds like Kate really is pregnant again, quite possibly with those twins. According to the June 23rd print edition of Star Magazine Kate had her HCG levels tested several weeks ago because she felt off and sure enough pregnancy hormones were present. Kate also had doctors look for a heart beat and if the rumor is true then they picked up not one but two meaning that the duchess is expecting twins.

According to sources close to Kate she is quite anxious to find out the babies’ gender in the next few weeks and she and William are both hoping for two daughters. Kate reportedly loved the dynamic in her own home with a sister and brother and would love to recapture it as a parent herself. Kate and William have always maintained that they’d like 3 children pretty close together and so this scenario would be perfect. Plus it would mean one less pregnancy for Kate to have to get through which in the long run might be better for the duchess who is prone to morning sickness.

Do you guys think that this time around the rumors are true? Is Kate expecting a set of twins to round out her young family? How much longer do you think it’ll be before the palace issues a statement?