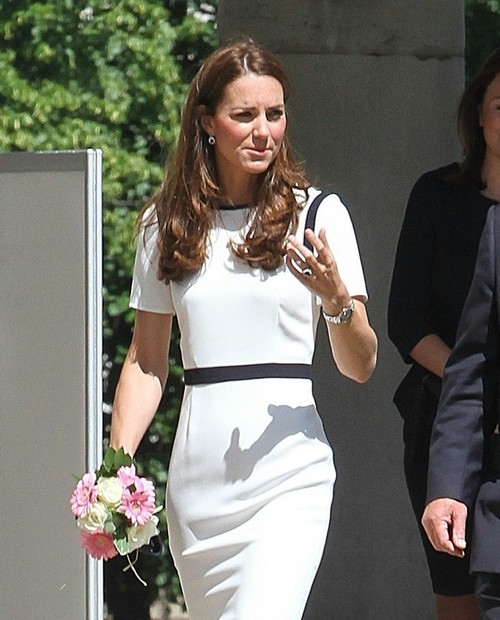 Is Kate Middleton pregnant again? That’s the question that royal-watchers are dealing with every day, whether they want to or not. However, there’s a good chance that she actually is pregnant this time, or at least, trying to get pregnant.

In fact, a Kensington Palace insider has confirmed to the GLOBE that Kate is pregnant with her second child, which would actually make the rumors right for once. Granted, the timing of all these announcements still remains a bit of a coincidence, no? It’s only been weeks since Kate’s bare bum scandal went viral, but everyone’s already forgotten about it thanks to the endless amounts of pregnancy stories.

Of course, Kate and Prince William have both been vocal about their desire to have more children, and I’m sure they’d love to have a daughter next. Prince George would get a new play mate, and Kate and Will would get another baby to trot out as PR gold every time they screw up.

There’s also the fact that Queen Elizabeth is looking for any reasons to hand the throne over to Will and Kate, as opposed to the forever bumbling Prince Charles and his crown-obsessed wife, Camilla Parker-Bowles. If Kate and Will produce yet another heir to the throne, the Queen might be persuaded to skip Charles entirely, especially if he continues to make embarrassing royal gaffes in front of the whole world.

What do you guys think about all the pregnancy rumors? Do you believe that Kate is pregnant, and if you do, will she have a girl or a boy next? Let us know your thoughts in the comments below.