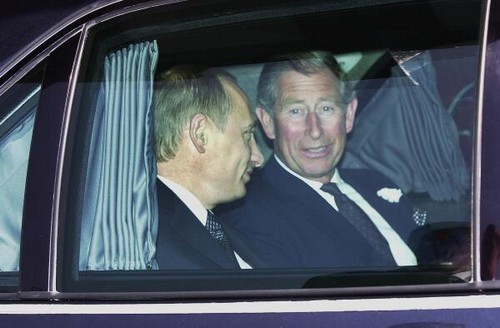 Prince Charles has some how forgotten his roots and where he comes from with his new comments towards Russian President Vladimir Putin. Prince Charles was quoted as saying “Now Putin is doing just about the same as Hitler.”

The comments were made while Prince Charles is on a Canadian tour to a Jewish museum volunteer Marienne Ferguson, who told the Prince how her family had fled from Hitler.

History shows that the Prince and the British Royal Family’s past is not free of Hitler nor Nazi associations. News agency RIA Novosti said Charles’s uncle, Prince Christop of Hesse, was “a senior SS officer in the Third Reich”. Prince Charles great uncle, Edward VIII, “was a personal friend of Hitler”.  Not to mention that his son Prince Harry was spotted out in a Nazi uniform sporting a swastika. The Royal family has also changed their name to Windsor from Saxe-Coburg and Gotha  in 1917 to hide their German ancestry. 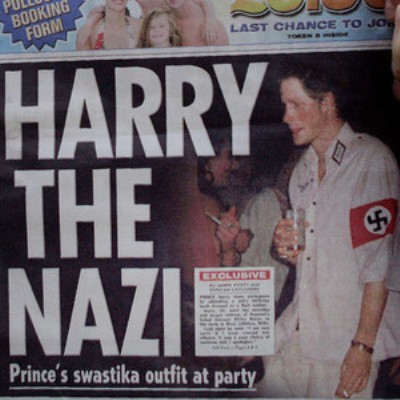 Prime Minster David Cameron declined to comment on the specific remarks, but said: “Of course everyone is entitled to their private opinions.” Last night the Prime Minister told Channel 4 News: “I am not going to comment on someone’s private conversation, least of all Prince Charles’.”

Comments were made that Price Charles should be seen and not heard. His mother Queen Elizabeth has kept her popularity by not making such outrageous statements that can lead to heavy backlash. But there is precedent for royals sharing what they think politically, and Charles is far from the first member of his family to cast Russia in a less-than-positive light.

“The Queen’s predecessors were more open about their views, and at times Charles seems to follow in that tradition rather than the Queen’s approach,” says Carolyn Harris, a Toronto-based royal historian and blogger.

Editor’s Note: Bottom line is that Prince Charles needs to keep his mouth shut on matters of state and especially on foreign affairs. His opinions carry no more legal weight than any other non-elected citizen but his celebrity status as the heir to the British Throne give his (stupid?) voice great range and volume. The situation in Ukraine now stands at the highest level of tension imaginable and Great Britain is a key player in the drama..