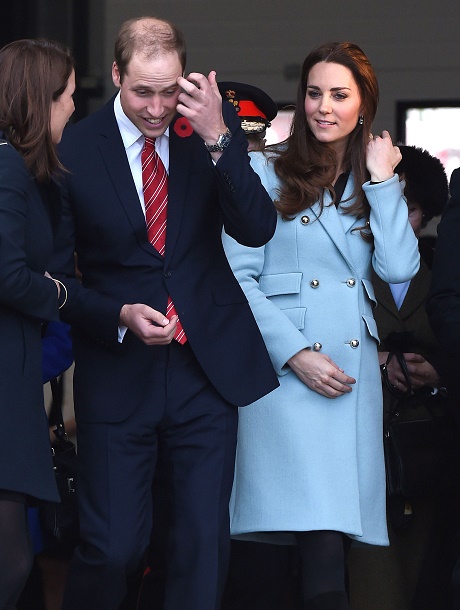 Prince George will NOT be accompanying his mother, Kate Middleton, and his father, Prince William, on their visit to New York City next month. The royals keep giving excuses about scheduling and planning and hectic schedules, but all I have to say is this: BOOOOOOOOOOOO.

Why would they keep their most potent PR weapon at home? Are they saving him for a true emergency – a.k.a. another wardrobe malfunction from Kate Middleton? Because honestly, it’s very likely that she’ll have one in New York City. And without George there to distract us, it will be like Prince Harry’s Vegas Gate all over again, except with Kate and her flying dresses.

Anyway, The Royalist confirmed Prince George’s absence from the trip, with their source explaining, “It’s a different kind of visit from a three week tour to New Zealand and Australia.”

Whatever, I’ll get over it. Apparently, ‘two days and a busy schedule’ doesn’t lend itself to having Prince George tag along on such a visit, even though they could easily keep him with the nanny if needed. Isn’t that the whole point of the nanny? So that she could take care of George when Kate and Will were tied up? Again, it’s just excuses. Prince William and Kate Middleton are extremely lazy people, and they don’t want the added hassle of toting along a screaming toddler on a short trip. I mean, you’d think that they would want the distraction from their rumored marriage troubles, right? But I guess they think the public doesn’t care and/or won’t see any change in their behavior.

What do you guys think? Do you hate that Prince George won’t be accompanying his parents on the New York trip? Let us know your thoughts in the comments below.