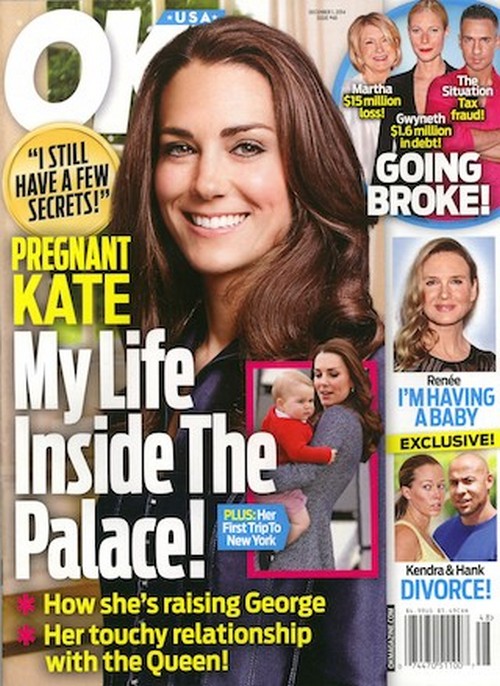 Pregnant Kate Middleton was missing in action and out of the public eye for nearly two months after the announcement of her and Prince William’s second baby – the Duchess of Cambridge was holed up in bed suffering from Hyperemesis Gravidarum. But, as of a few weeks ago Kate is back and better than ever and making Royal appearances left and right.

As a matter of fact, Kate Middleton is feeling so much better, that she had a few friends over to Amner Hall to catch up with them and all of the excitement she missed while she was in bed with morning sickness for seven weeks. Naturally, one of the friends at the shindig ran home and called OK! Magazine and gave the tabloid all the juicy details, which you can see in the December 1st edition of OK!.

According to Kate’s loose-lipped friend that visited her at Amner Hall, there is still a lot of tension between Kate and Queen Elizabeth. The insider explained, “The Queen wanted the young family to continue living primarily in their quarters at Kensington Palace where they were more accessible to her, but Kate stood her ground and told the Queen she is more comfortable at Amner.”

OK!’s source also reveals that Kate and Queen Elizabeth are currently feuding over a Christmas party. Kate wants to throw an intimate Christmas Eve party at Amner Hall, and the Queen keeps shutting down the idea because the Palace has holiday traditions of their own. Kate reportedly told her friends, “I’m not bending over backwards for the Queen, I’ll throw a party whenever I want to.”

Aside from Christmas parties and home addresses, Kate Middleton and her in-laws also have some differences of opinions on how to raise Prince George – which is most likely one of the reasons Kate insisted on leaving the Palace and getting her family a space of their own. The December 1st edition of OK! reveals that Queen Elizabeth is awkward and uncomfortable around Baby Prince George, and Kate refuses to leave him alone with her. Kate apparently doesn’t like the fact that Elizabeth uses him as a photo prop and then “passes him off to handlers.”

So, do you think that Kate Middleton made a wise decision by moving her family out of the palace? Do you see Queen Elizabeth and Kate Middleton making amends any time soon? Is Kate Middleton going to disobey the Queen and throw her own Christmas party? Let us know what you think in the comments below! 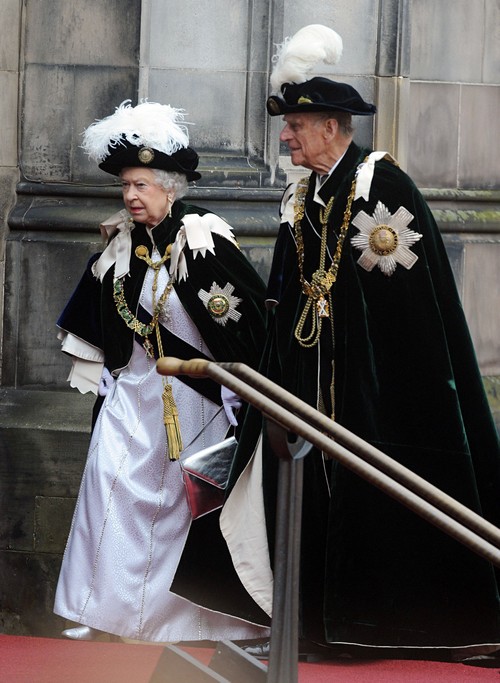