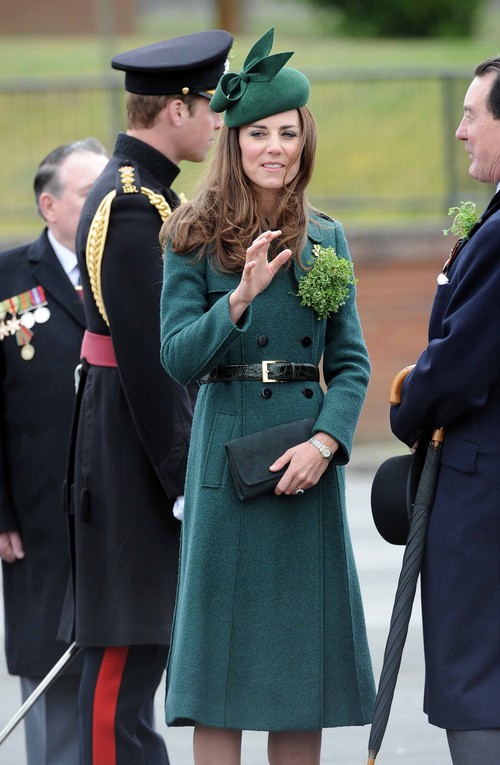 Kate Middleton‘s already proven that she’s better equipped to handle the trappings of royal life than Princess Diana, and George Michael agrees. The famous singer recently gave an interview [promoting his new album] and he stated that he genuinely believes that Kate is stronger than Diana.

He explained, “Diana would have been incredibly happy for [Prince] William and Kate. And I think she’d also be really, really pleased that William has met and fallen in love with someone who has the strength of character to be able to deal with the sort of things that she couldn’t. I know just how challenging and exacting that level of fame can be. It’s like living in a goldfish bowl. Sometimes, especially during the Faith years, I felt close to lunacy.”

While Diana was almost universally beloved by the public, she was very vocal about her troubles with the media and paparazzi. She was never comfortable with the intrusion into her private life, even though she was raising the heir to the throne. I don’t think Diana ever fully reconciled her life with the life of a royal, probably one of the reasons that she and Prince Charles never got on very well.

What do you guys think of George Michael’s comments? Kate’s strength will no doubt serve her well in the future, but I also think a large part of this is because she genuinely loves Will, and the feelings are reciprocated. We already know Diana and Charles barely got along, which no doubt made things a lot worse for her.