Kate Middleton Signed a Pre-Nup to Marry Prince William: 5 Things You Don’t Know About The Duchess of Cambridge 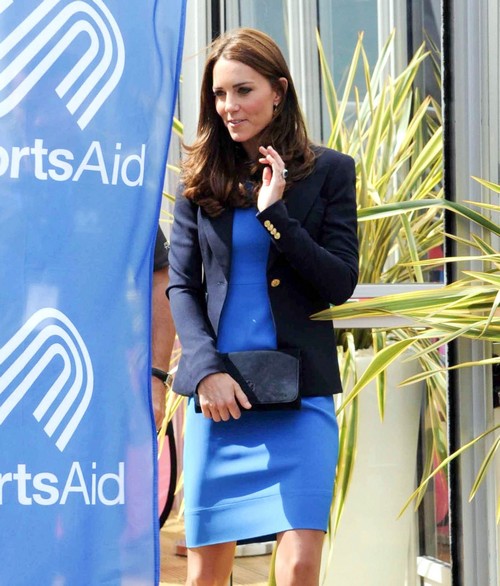 When it comes to being famous, The Duchess of Cambridge certainly is second to very few people. Kate Middleton captured the hearts and minds of an entire planet when she became the latest Queen. This dark haired beauty is far more than just a pretty face too. Her life has been very interesting and filled with unique and unusual facts. Here are five that you might not know about Kate Middleton:

She often changes clothes up to five times per day when on business –  Looking good can be a tough thing even for someone as gorgeous as Kate. This gal switches outfits all the time and can even do so as many as five times in a single day. While changing clothes might not seem like a big deal, imagine all the various things that might affect. Hair, makeup and countless other tiny details have to be redone to make everything fit just so. She is royalty, after all.

She goes biking regularly and works out –  One only needs to look at Kate Middleton to see that she works out, but she actually enjoys it. Biking, skiing and working out are a regular thing for the Duchess. Like Diana all those years ago, Kate Middleton is one of the most well known people on the planet. Living a healthy lifestyle not only is good for her own life, but good for an entire world to see. When they see Kate doing it, it might inspire other young ladies to do the same.

Kate is an old fogie…kind of –  Although Kate Middleton is absolutely stunning, she is actually considered pretty old. Kate became the oldest Royal British Bride at the ripe old age of 29 in history. Ironically, Kate is also the only one to ever truly become an international sex symbol. Kate has been featured on men’s magazine covers and regularly makes the lists of sexiest woman in the world. For her to be the oldest Royal Bride in history just feels so wrong.

Kate is also the only Royal wife to sign a prenuptial agreement –  A pre-nup?  Really?  Kate has signed one and doesn’t seem to mind at all. I guess when you have as much money as they do, it really isn’t that big of a deal. Kate lived a pretty good life long before she married into the Royal Family so money was probably not a big deal. If anything ever happened between her and the future King, I doubt that divorce settlements would be the major problem that rises. The future of the Monarchy would probably be much more important.