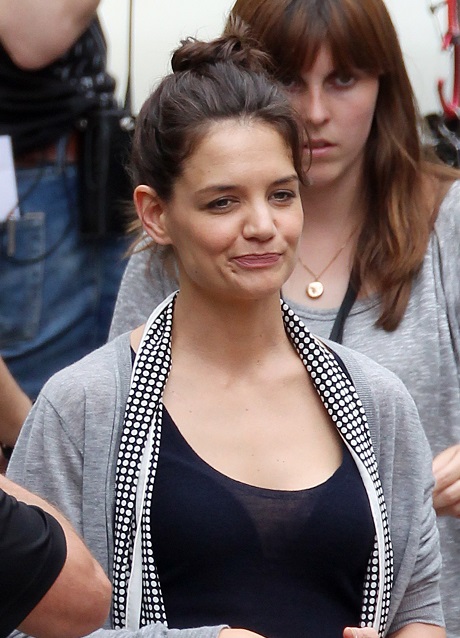 Just when we thought that Katie Holmes had left controlling men in her past it seems that, once again, she is letting someone else guide her life. Tom Cruise seems to be the ultimate control freak, so perhaps, compared to him, Martin Holmes appears to be pretty lenient — but, still, she’s not exactly in the driver’s seat of her own life. According to the July 14th print edition of Star Magazine, Martin is picking and choosing what men are allowed in Katie’s life and apparently she is perfectly okay with tahat.

Sources say that Martin has always controlled his daughter — at least until she married Tom — and that he can come across as quite outspoken and overbearing. Any man that is going to cement himself in Katie’s life needs her father’s approval now. Martin never approved of Tom and, well, we saw how badly that ended. Perhaps, in Katie’s mind, if she had only listened to her father back then it would have saved her a lot of heartache.

Do you think that Katie’s judgment overall really sucks so bad that she needs some serious guidance, in the form of her father? Or is this just Katie allowing herself to be controlled? Sources say that Katie has resorted back to allowing her father to treat her the same way that he did when she was 16. He’s the boss and she does as she’s told. Is this any healthier than be married to Tom?