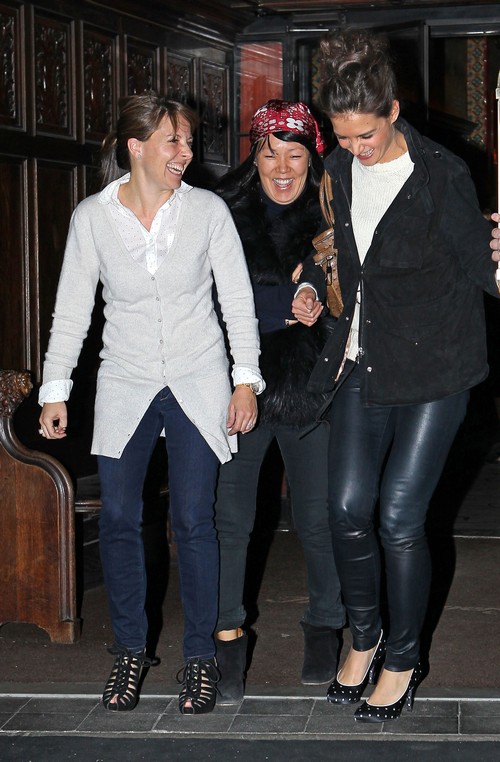 After five years of cranking out quality basic business wear the Holmes & Yang brand has folded. Katie Holmes first teamed up with her former stylist, Jeanne Yang back in 2009 and their brand was featured at Fashion Week while being sold at the Barney’s chain in NYC. The ladies claim an “interpersonal conflict” has now caused them to part ways but it does sound a tad bit messier than that.

Katie is based in NYC while Jeanne Yang is in LA and they weren’t on the same page at all as far as publicity goes. Jeanne likes to be out, front and center more while Katie has attempted to fly below the radar ever since her split from Tom Cruise. Being based in NYC which is one of the fashion capital’s of the world, Katie kind of needed to really step up and be the East coast face of the brand in order to make it super successful. That was likely a role that she was never fully at ease in and it hurt business.

The brand had a low key showing during Mercedes Benz Fashion Week in early February but all of Holmes & Yang’s social media has been quiet for well over a month now. Do you think that Katie will continue to work in fashion, perhaps launching a new line? Maybe this partnership had just soured by her aspirations still exist? Or do you think Katie is ready to enjoy fashion at a bit of a distance now and leave the business side to others? Tell us your thoughts on the Holmes & Yang split in the comments below!