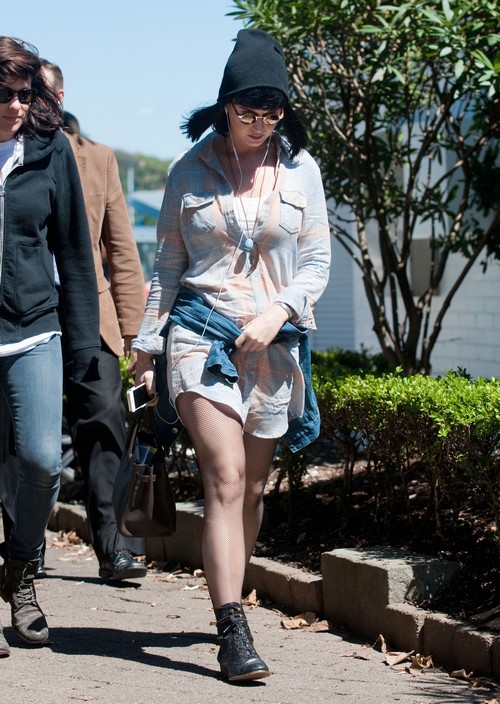 The great bimbo war of 2014 commences today with Katy Perry striking back at Miley Cyrus after Cyrus insulted her on twitter. It all started when Miley tried to violate KP’s mouth with her tongue during a recent stop on the Bangerz tour. When Katy expressed her feelings about it, Miley attacked her on Twitter, insulting Katy’s relationship with man-whore John Mayor. In a progressive effort to prove that stupid is as stupid does, Katey then took to Twitter later that day to respond with the tweet, “@MileyCyrus Oooo gurrrl I’m gonna give you the BIGGEST spanking when I see you in the UK bb!”

Both of these chicks need to stop. Katy should have treated Miley’s ignorant jab like a tree in the woods; it fell and no one was around to hear it, therefore it didn’t make a sound. Miley likes attention and giving it to her is only feeding the monster and for that reason I so wanted Katy to ignore her…but I’ve been told I expect too much from people. Furthermore, Katy isn’t going to bust a grape let alone some spank anyone so that part was just laughable. If anything this will be nothing more than an awkward moment between two pusedo singers.

For the record, I still blame Miley for this. Miley totally thought Katy would be down for kissing her and when KP didn’t play ball Miley was embarrassed and she has no one to blame but herself. She shouldn’t just assume that everyone is as gross she is and she definitely missed the memo about Katy. Everyone knows Katy wasn’t serious about kissing girls and enjoying it. She only sang that song to break into the mainstream and piss off her parents. Now that she’s arrived, she’s all but done kissing girls, especially a girl whose tongue has questionable origins. For all we know Miley’s tongue was licking Molly residue off a dirty toilet seat in the valley last night. What do you guys think? Should Katy have kept quiet? Should Miley have kept her bacteria coated tongue to herself? Let us know in the comments section we really want to know!