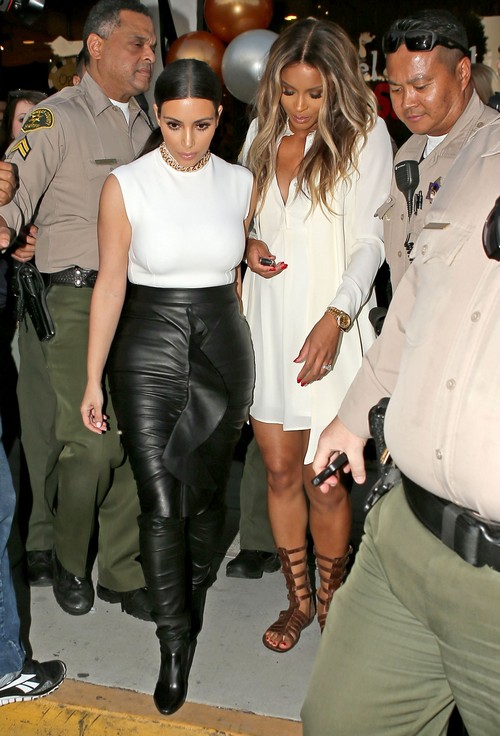 The latest episode of Keeping Up With the Kardashians tells us what we already know – that Kanye West and Kim Kardashian will definitely be having another baby.

In a preview clip from the next episode of Keeping Up With The Kardashians, Khloe Kardashian reveals that Kim will get pregnant again. Again, duh. Kanye has not kept his desire for another child quiet, and Kim unfortunately doesn’t seem to have much of say in that decision.

There’s speculation that Kim will reveal that she’s pregnant again, but considering this episode was shot a while ago, I doubt it. However, the Kardashians will take any opportunity to get people talking, and Kim’s pregnancy is a prime way to do that. Kim also seemed to drop subtle hints during the previous hints, especially when she called Khloe to tell her that she’d been throwing up all day.

There were also earlier reports on how Kim and Kanye were planning to change their wedding date because they couldn’t wait to start trying for another kid. However, Kim doesn’t want to be a pregnant bride, so they’ll reportedly start trying for the kid after the wedding.

If that’s the case, and it’s pretty legitimate considering it’s from US Weekly, then I don’t see how Kim would be pregnant now. However, I never underestimate the Kardashians, so if Kim were to suddenly announce her pregnancy via the reality show, it wouldn’t be all that surprising. Cliched and predictable, sure, but not surprising.

What do you guys think? Will Kanye and Kim have another child soon? Let us know your thoughts in the comments.