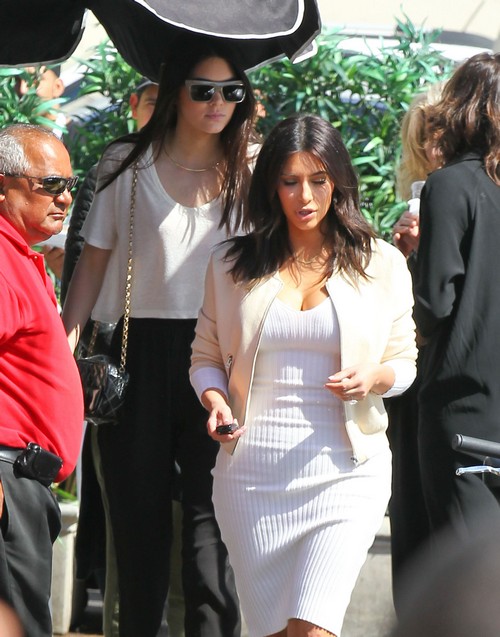 Kendall Jenner has been modeling for years now, but she recently cemented her position in the industry after her appearance in the Paris Fashion Show where she walked the runway for top names like Chanel. Rumors are currently swirling that the star has landed the coveted Vogue cover that her big sis Kim has been campaigning hard for.

It looks like out little Kendall Jenner isn’t so little anymore, and apparently isn’t a Jenner anymore either. Huffington Post recently revealed that Kendall has dropped her last name when she is modeling. Apparently the KUWTK reality star only goes by the name of Kendall.

Kendall’s sister Kim Kardashian supports her decision to drop her family’s last name, and claims it is because the young model doesn’t want to receive any handouts due to her association with the Kardashian family. That may be what she told Kim, but it appears to us she had ulterior motives. Kendall’s family has been covered by every tabloid and surrounded by scandal after scandal for years, it only make sense that is trying to put some distance between herself and her reality TV family. Although her last name may not be Kardashian, every company knows Kendall is the sister of the infamous Kardashian sisters. And, as of right now her Dad Bruce Jenner’s alleged sex change can’t be helping her chances of landing modeling gigs either.

Do you think that Kendall is dropping her last name so that she doesn’t receive “special treatment” from modeling companies, or because she is ashamed of her family and nobody takes her serious because of who she is? Share your theories in the comment section below.