Kendall Jenner Gets Role In Fifty Shades Of Grey Sequel? 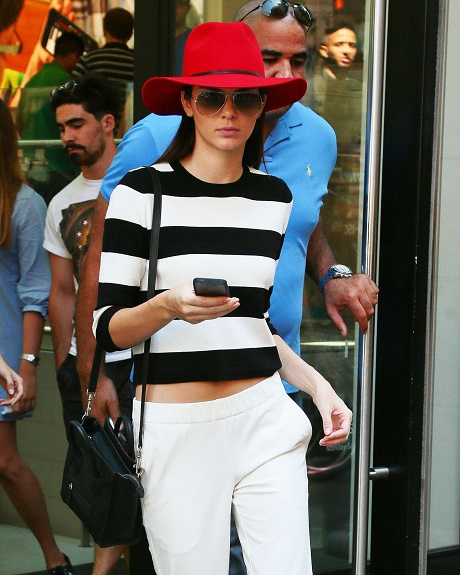 I hate to be the bearer of bad news, but we are never, ever going to get rid of Kendall Jenner. The Kardashian brand may be dying a slow, painful death, but Kendall continues to rack up Hollywood cred, both with her modeling and new acting career.

What? That’s right, Kendall’s going to be an ‘actress’ now. However, unlike her sister Kim Kardashian, Kendall hopes to land a role in a legitimately large studio movie, thus launching her film career and separating her from her family name forever. What studio movie, you ask? Why, none other than Fifty Shades of Grey.

In Touch Weekly‘s ‘source’ explains that director Sam Taylor-Johnson was interested in having Kendall star in the franchise, adding, “She’s fascinated by [Kendall] and expressed interest in her appearing in the first film but it didn’t happen.” Apparently, Kendall has already met with the production team at Universal, and she’s now in talks to star in the sequel, Fifty Shades Darker.

I have a really, really hard time believing this story, especially since Universal seems to be trying so hard to make this a genuinely decent-to-good film. They’ve hired serviceable actors, a talented director, an award-winning screenwriter, and they want to taint the whole project by adding a Kardashian to the movie?

Yes, Kendall is probably jumping up and down at her chance to star in a major studio movie, but I don’t see how Sam Taylor-Johnson would ever be ‘interested’ in Kendall for the movie series. Unless she’s casting a desperate attention-seeking reality star, of course.

Then again, Rita Ora did join the cast, sticking out like a sore thumb among the more experienced actors. It’s possible that Sam and Universal are just trying to change up the status quo, but Rita is nowhere as derided as Kendall is in media circles. If they want people to take this movie seriously, they’ll stay far away from Kendall and any other C-list and D-list reality star they come across.