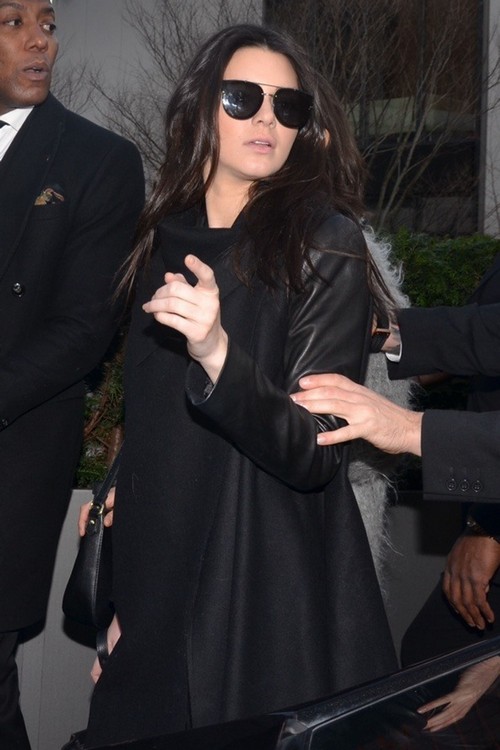 Kendall Jenner > Kim Kardashian? At least, that’s what the modeling community is telling us. Even though Kim’s tried to become a successful model and actress, it just didn’t take. She doesn’t have the aesthetic to be a model, and she doesn’t have the talent to be an actress. So basically, she’s famous for being famous, as are most reality stars in today’s D-list television circle. But much to Kim’s chagrin and Kris Jenner‘s ecstasy, Kendall Jenner is proving to become a more marketable brand and better long-term investment than Kim. Kendall’s got Harry Styles, and Kendall’s got the modeling career that Kim so desperately longed for. What’s worse for Kim, it actually looks like Kendall might even land that Vogue cover at last.

This is the same Vogue cover that Kim’s been coveting for years, the one that even Kanye West couldn’t help her land. Yet, here’s her sister Kendall, sitting next to Anna Wintour during Fashion Week and getting a feature in Vogue. You know when Kim sat next to Anna? Yeah, that would be never. Anna could barely let Kim enter the Met Gala, and even then, she wiped proof of Kim’s presence at the event.

Our sources tell us that Kim’s happy for her sister, but on a very superficial level. Apparently, she doesn’t understand why Kendall’s getting the attention she’s never gotten, and she feels like she’s being passed over because of her body. Unfortunately, Kim might not be wrong. Kendall’s thin and waify, and has exactly the kind of body shape that is coveted in the modeling industry. Kim, with her curves, isn’t considered ‘model’ material. It’s unfortunate, but that’s just the way the industry works. But would Kim go so far as to sabotage Kendall’s chances at a successful modeling career? They’re sisters, but Kim’s used to being the star of the family – and now, she’ll have to get used to Kendall taking her place.