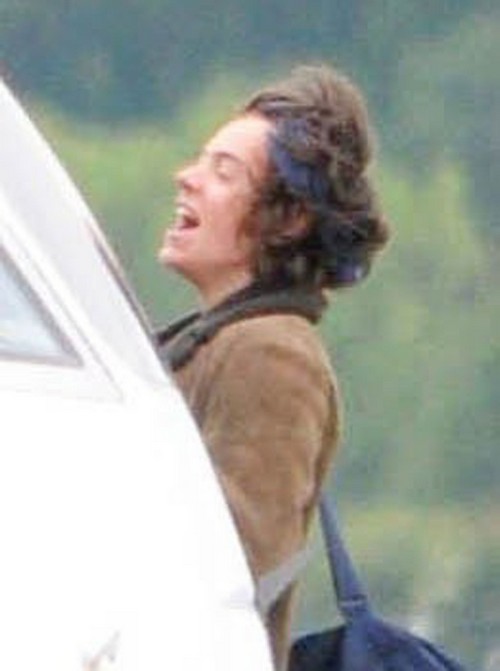 Kendall Jenner recently lost her biggest claim to fame, Harry Styles, and she’s been lamenting the loss ever since. No doubt, everyone in her ridiculous family is furious with her for losing such a precious piece of publicity, because hell will freeze over before the Kardashians actually start caring about each other’s feelings.

Sources are now saying that because of pressure from her family, Kendall is trying to get Harry Styles back. Of course, it’s not just pressure from her family – Kendall has learned well, and by that, I mean that she’s able to pick and choose the boyfriends that will get her the most attention. In this case, no boyfriend brought her more media attention than Harry Styles, and she knows it. Plus, he hasn’t exactly rebounded with anyone high-profile yet, so that means she probably thinks she has a strong chance at a reconciliation.

However, Radar Online’s sources also add that Harry’s not even remotely interested in getting back together with Kendall, with the sources explaining, “Harry rarely takes her calls because he knows when he’s pushed his luck when it comes to a woman’s heart and Kendall’s got it bad for him. He doesn’t want to encourage her, but it’s turning into an embarrassing situation – for both of them.”

Um, he’s ‘pushed his luck’ when it comes to a ‘woman’s heart’? Are we talking about the same Harry Styles here? He doesn’t care about all that. If Kendall was willing to hook up with him without any strings attached, you can bet that he would be quick to agree. But alas, he does have some morals, and he’s not going to string along anyone that he’s not interested in. We saw this happen with Taylor Swift, and we’re seeing it again with Kendall. They may get obsessed with getting back together with Harry, but if we’ve seen his pattern, there is very little chance of him going back to these women – especially when they act so clingy and desperate.