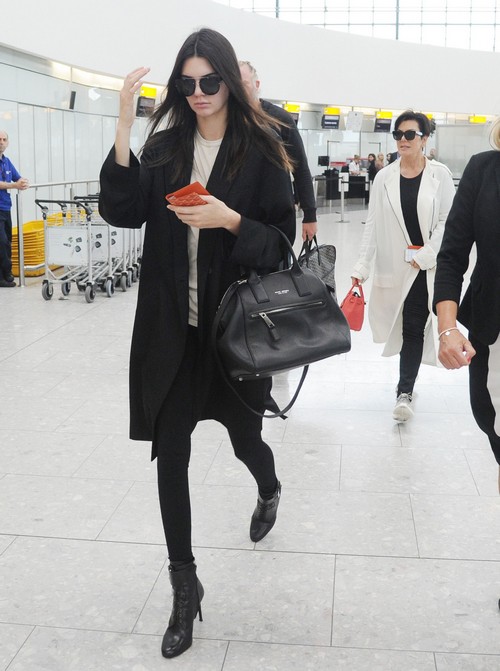 Kendall Jenner poses topless for a new issue of Interview Magazine, just days after she was photographed outside the Trump Soho Hotel in NYC in an extremely revealing outfit. It’s only been a few months since she turned 18, but at this rate, she’ll be selling her own sex tape by the time she’s 21.

Of course, she is Kim Kardashian‘s sister, and we can’t have a Kardashian in the spotlight without nude scandals, can we? According to several sources, Playboy has their eye on Kendall, and they’re reportedly planning on making her a huge centerfold offer. Of course, both her sister and her mother have posed in Playboy, so there’s a family legacy to uphold here.

Will Kendall accept? It’s an interesting question, largely because the Kardashians’ public profile has been raised significantly since Kim posed for the magazine back in 2007. Seven years ago, nobody knew who the Kardashians were and Kim was seen as the star of a sex tape, not a reality star with a budding media empire. Things have changed drastically since then, and for some reason, the Kardashians keep trying to convince us that they have a legitimate claim to the spotlight. Nowadays, reality stars consider themselves actual celebrities, not just desperate losers trying to grab their fifteen minutes of fame.

In that vein, I don’t think Kendall will say yes to a nude Playboy shoot, but I wouldn’t be surprised if she agreed to appearing in the magazine. She’s clearly desperate to be seen as a sex symbol, and her mother is probably ecstatic that she has a daughter so willing to replace Kim in that department. What do you think about the potential Kendall Jenner Playboy magazine offer?