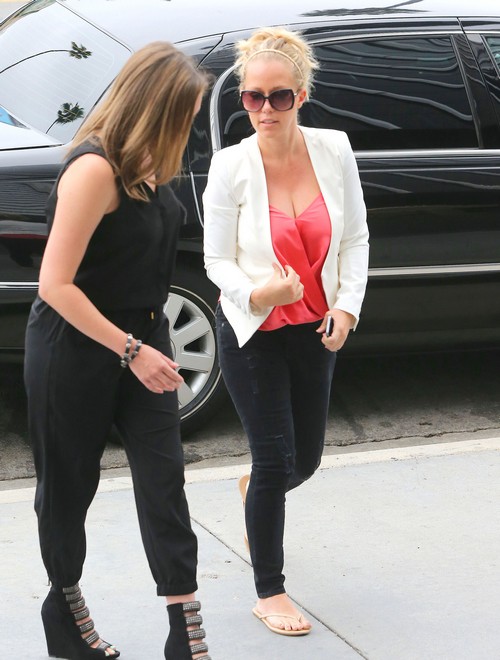 Kendra Wilkinson is putting out the image of a devastated wife in the wake of her husband Hank Baskett cheating on her. However, it’s more than likely that she’s doing happy jigs behind the scenes, delirious with happiness that she’s finally got something that could earn her some money.

A new report from Life & Style Magazine claims that Kendra is getting close to going broke, and this new scandal is enabling her to cash in and take advantage of the media attention. She’s using this scandal on her reality show, Kendra On Top, and it’s obviously bringing her more ratings and more attention.

A source even tells Life & Style, “[Kendra’s] management team told her she needs the money and it could hurt her career if she isn’t truthful about what’s going on. Kendra feels like she has little choice but to cash in on what happened.”

There’s no prenup and there’s no backup cash, so I could see why Kendra would be so desperate to famewhore their marriage. There’s no way she’s going to break up with Hank, but it’s hilarious that these reports make it sound like Kendra’s even thinking twice about it. She’s not going to risk spending even more money on lawyer’s fees and custody battles if she and Hank get a divorce. Plus, there’s no doubt in my mind that Kendra already knew about Hank’s affairs, and she’s only pretending to be upset now because the public found out about it. But secretly, she’s extremely happy that people found out about it, because now she can use it to make some extra money and gain more publicity.