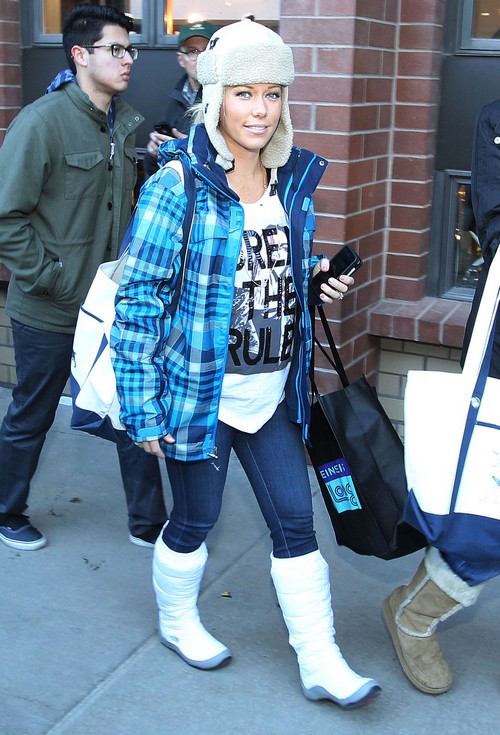 In what seems to be the travesty of the week, pregnant Kendra Wilkinson was denied entrance to Tao nightclub’s outpost at the Sundance Film Festival. Reports say she tried to talk her way into the party; however, she didn’t get far before staff told her the club was at fully capacity and had no room for her or her friends. Oh, ouch. That must sting, huh, Kendra? Kendra saw her rise to fame when she was a Playmate at the Playboy Mansion. Since then, she’s gotten her own reality show, and she continues to have a loyal fanbase. But when you’re a lowly reality TV star trying to gain entrance into a hip party at a swanky/classy film festival such as the SFF, well, sometimes you crash and burn.

An eyewitness close to the situation told InTouch, “When they rolled up at around 1:15 a.m., the place was packed. She walked up to the front of the line, and the doorman turned her away. He told her that they were at capacity and not letting anyone in — not even anyone pregnant.”

But don’t think Kendra let a little roadblock stop her night of living it up. Kendra, who wasn’t attending the festival to promote a project of any sort, decided to go on a gifting spree. The tabloid reports that Kendra was “spotted later hitting up numerous gifting suites” at the festival. I guess all one can do is make the best of situations and Kendra clearly seems to have turned a sour night into a fruitful one. We hope she scored some hot items!

What are your thoughts about Kendra hitting up SFF and being snubbed at a party door? Leave your opinions in the comments section below.