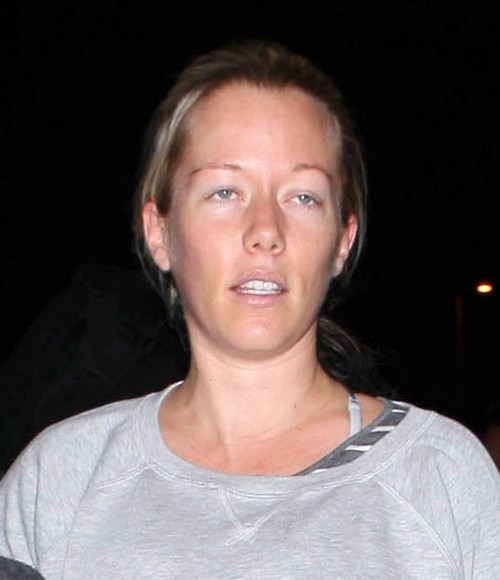 In addition to being extremely annoying, massive famewhores, and ruining the quality of television, reality stars are usually not all that bright. Kendra Wilkinson continues to prove that by giving completely idiotic statements to the press.

TMZ caught Kendra coming out of LAX on Thursday evening with her husband, Hank Baskett, and when asked about her views on prostitution, Kendra decided to give a treatise on why the US should stop arresting people for having sex for money. In her mind, prostitution is completely alright if it’s between two consenting adults, and she thinks that the laws against this form of hooking up are stupid.

Basically, TMZ starts off this whole conversation by telling Kendra that a massive prostitution ring in New York got busted recently. Kendra then gets all huffy and says, “If it’s of age, so what?” And then proving that she has no idea what she’s talking about, she then adds, “It’s the oldest business in America.”

Um, wow. Talk about complete and utter ignorance of the subject at hand. I don’t understand why celebrities insist on discussing matters that they have absolutely no expertise in, although in this case we can’t really say for sure, can we? Pontificating tends to make the speaker appear somewhat foolish but in Kendra’s case it just makes her sound like a complete moron.

For what it’s worth, prostitution is absolutely NOT the oldest business in America, although it has been around for a very, very long time. Nor is it as simple as an agreement between two consenting adults. Prostitution is typically run by organized crime and is terribly abusive towards women and children – not to mention the massive horror of human trafficking which prostitution encourages and thrives upon. Also, prostitution is already legal in some states in the US, but in Kendra’s mind, it should be legal everywhere, for everyone. I guess she doesn’t realize that in that case illegal sex rings will also expand and underage prostitution will then increase tenfold, just like it has in Europe.