Kerry Washington Drastic Post-Pregnancy Weight Loss: Is She Once Again Struggling With Bulimia? 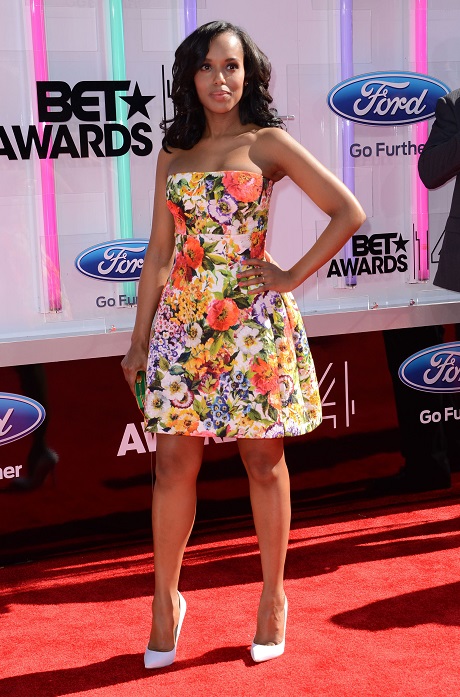 When Kerry Washington showed up on the red carpet on June 29th at the BET Awards she looked like she had never been pregnant, let alone looked like a woman who had given birth two months earlier. She is surely back in fighting form after giving birth to Isabelle the same week that Scandal‘s season 3 finale aired. Producers scaled back from 22 episodes to 18 in order to accommodate Kerry’s pregnancy, and now the actress feels like she owes them. When asked about losing her baby weight, Kerry has simply said that she had to get it off as fast as possible because she has to work.

Some of Kerry’s oldest friends are a bit concerned about the types of measures that she may be taking to drop the pounds. According to the July 21st print edition of The National Enquirer, those close to Kerry are worried that the bulimia she was thought to have beaten years ago may have flared up now.

She is dealing with the stress of a newborn, life as a single mother (at least in practice), and the pressure of a successful career. Knocking off thirty pounds was something the actress could easily control if her old demon had flared up, and the fact that everything else may feel out of control for right now could easily have triggered a relapse.

Do you think that Kerry might have resorted to old tricks to drop the weight extra fast? What do you make of her “marriage” to Nnamdi Asomugha? Do you think that it is just for appearances as has been widely reported? He has yet to make any reference at all to his new daughter and the couple is only seen together on the rarest of occasions. What are your thoughts on Kerry’s life and weight loss? Tell us in the comments below!