Kerry Washington Requests That President Obama To Be Her Baby’s Godfather? 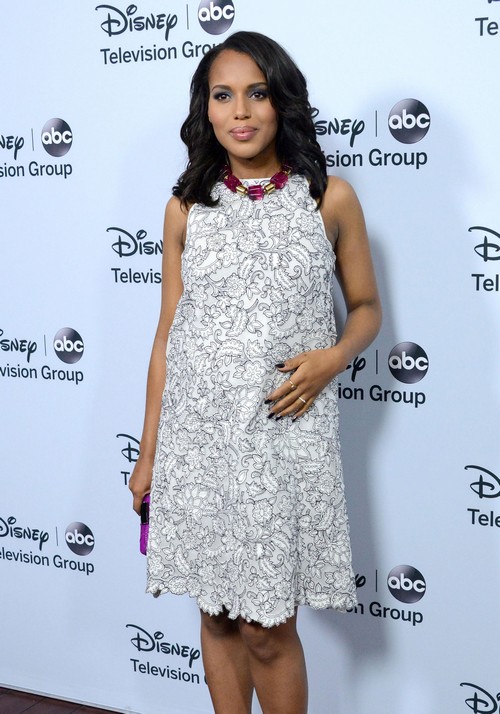 The tabloids are desperate to make something happen between Kerry Washington and President Obama, but now that Kerry’s married and pregnant, they’ll have to settle for the next best thing, which is…. godparents? According to Star Magazine’s latest report, Kerry is going to ask President Obama to be her baby’s godfather.

I’m confused, is this because she supposedly hooked up with him or because he supposedly has a crush on her? I’m having a hard time keeping track of Star’s ‘Kerry Washington and President Obama’ stories.

A ‘source’ tells Star, “Kerry isn’t only concerned with her baby’s well-being — she’s thinking of her career too. Kerry’s been courting the President and First Lady for some time now because she wants to play Michelle [Obama] in a movie. She’s desperate to have someone as prestigious as the Obamas as her baby’s godparents and plans on casually asking Michelle at the next fundraiser they attend together.”

Wow. Alright, first things first. There is absolutely no movie in development about Michelle Obama, and trust me, it would make waves if Kerry Washington wanted to play her in a film. Hollywood’s having enough difficulty making a movie about Hillary Clinton, and she’s not even the first lady anymore.

Now, I can see how Kerry might want to be well-connected and all that, but it’s not like President Obama being her baby’s godfather will help her career at all. At this point, Kerry doesn’t need anyone’s help with her career – she has a hit TV show, got nominated for an Emmy, and she was recently in an Oscar-nominated movie. What more could she want? And if she did want more, how is Obama supposed to help her?

The whole story just rings of Star trying to keep Kerry and the President linked in tabloid gossip, but I think it’s a lost cause. Do you agree? Let us know your thoughts in the comments.