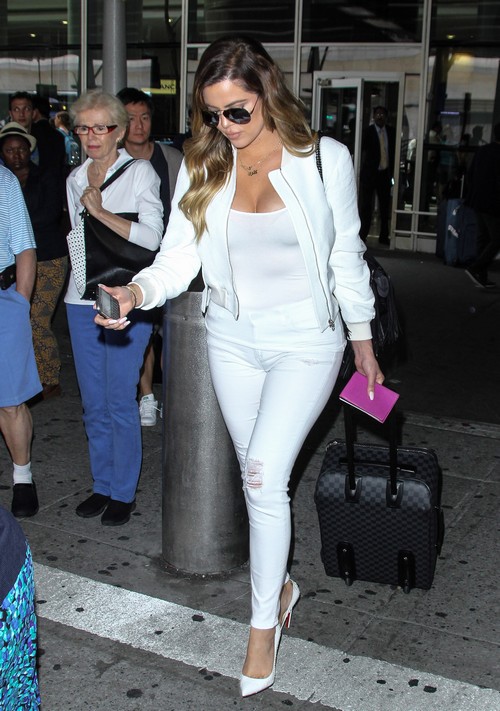 Khloe Kardashian just isn’t having luck with the men in her life, is she? Her rumored new boyfriend, French Montana, was allegedly caught being flirty with some girl by the name of Annabelle on the set of his new music video for his single “Pop That.” The flirtacious sighting happened on May 13th, and now people are wondering if the performer is ready to call it quits with Khloe — or whatever the thing they have going between them.

An insider told Star magazine that “He was coming onto her really hard, acting like he didn’t have a girlfriend at all.” The two were also spotted heading into a private room. The source adds, “It was so long, people started buzzing that they were hooking up in there!”

And apparently the shenanigans and suspicious behavior didn’t end there. He reportedly invited her back to the show he was doing at his WeHo penthouse. Whether he finds her just to be an attractive friend or something much, much more, we’re not sure; however, it has us fearing for French and Khloe’s fate.

Khloe obviously had a horrible time with Lamar Odom and, after getting out of the volatile mess, the last thing she needs is to be bogged down with another disastrous cheating scandal. What do you think about this news? Leave your thoughts in the comments below. Also tell us who you’d like to see Khloe date!