Kourtney Kardashian And Khloe Kardashian Not Welcome In The Hamptons For New Series: Residents Confirm They’re Too Trashy! 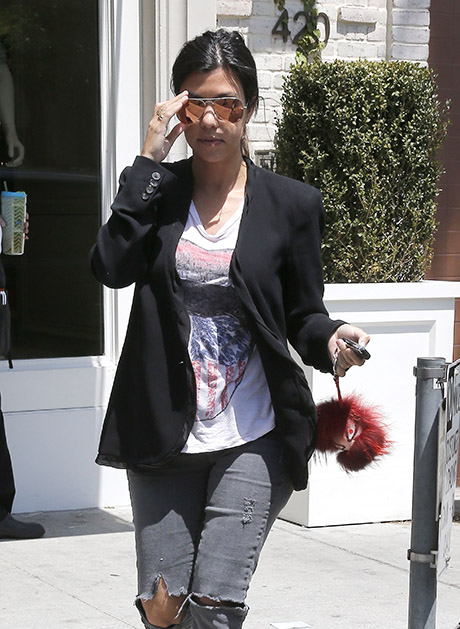 Kourtney and Khloe Kardashian are trying real hard to take over the Hamptons this summer. There’s just one problem: The Hamptons do not want the sisters tainting their glorious, rich lands with their shenanigans and all the things they might attract. In the words of one Southhampton resident, everyone is worried that their arrival will “attract trash and ruin Southampton.” Um, ouch? Even we felt that burn. Sounds like these people exhibit a Gwyneth Paltrow level of snobbery.

They’re hoping to film one of their spin-off shows, currently titled Kourtney and Khloe Take the Hamptons, this summer but as sources have already reported, nobody wants to rent to the sisters — and now they’re desperate for a pad. If they don’t find a place soon, E! might find themselves in a bit of a pickle. Because the sisters need a place to crash after they get through doing their very important things out in the real world.

The network announced plans for the show in March and were hoping to get started on filming this summer, but plans might come to a halt. Perhaps the network announced the plans too soon. I bet they thought they could just waltz into the neighborhood and find a place no problem. Here’s the thing . . . . those neighborhoods don’t need anymore status or attention drawn to them. They already got their $$$ and they’d probably rather exist without hordes of crazy paparazzi scurrying down their sidewalks.

What do you think about the Kardashian sisters being rejected by the Hamptons? Leave your thoughts in the comments section below!