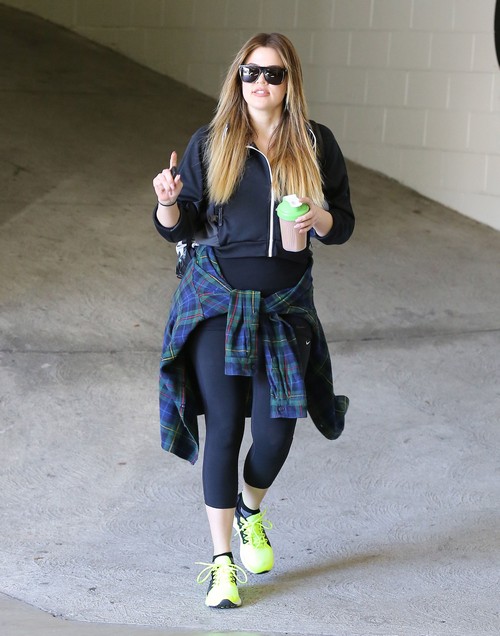 Khloe Kardashian doesn’t like the blowhard cheater French Montana but she still loves husband Lamar Odom! Despite moving on with rapper French Montana, reality star Khloe Kardashian didn’t really want to move on at all. She filed for divorce from her husband Lamar Odom over a year ago, but she isn’t looking to finalize the deal. In fact, she was so fed up with French’s whining and being in desperate need for attention that she is looking to get back together with Lamar!

Khloe has been rumored to be pregnant by French, but has yet to confirm the news of her first pregnancy with the rapper. According to new reports, she is planning on a reconciliation after she said that she moved on too quickly with French.

There were whispers making the rounds that Khloe and Lamar had begun dating again and now that the time has come to finalize the divorce – she says she doesn’t want a boyfriend and says that she’s married.

During the most recent episode of Kourtney & Khloe Take The Hamptons, we learned that French was a little bit clingy – and entertaining. Khloe told the cameras, “I have so much fun with French because he’s definitely a tad bit crazy; I’m entertained at all times.”

Later, she revealed that things had gotten crazy annoying with the rapper. She said, “There’s highs and lows in every relationship. I have no idea why French calls me 5,000 times a day.”

It had gotten so bad that while Khloe was chatting it up with French Montana, her sister Kourtney Kardashian grabbed her phone and yelled, “We can’t talk to you all day!”