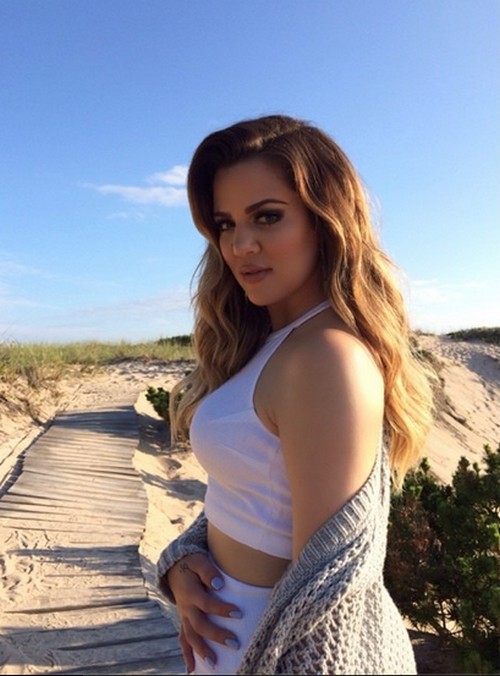 Khloe Kardashian is reportedly pregnant with French Montana‘s baby, which means that we’ll start hearing about her baby bump pretty soon. Khloe’s never one to hide her true feelings from the media, but she’s probably saving the ‘exclusive’ for Keeping Up With the Kardashians. Even though KUWTK is continuing to nose dive in ratings, Khloe [and her family] probably thinks that keeping their ‘exclusives’ to the show will somehow mean that people will tune in to watch. Except that in cases such as Khloe’s pregnancy or other big news [divorce, marriage, wedding, etc.], the public always finds out before the show airs. So what’s the point?

Anyway, Khloe’s still in the early stages, so she’s not showing yet. However, unlike Kim, she’s not going to be wearing tight, form-fitting spandex to show off her baby bump and weight gain. No, Khloe will be going undercover as much as possible to hide any weight gain, largely because she doesn’t want the public to find out. Obviously, it’s inevitable that people finds out eventually, but she can certainly avoid it for as long as possible.

Sources close to Khloe also say that she’s never been happier, and she and French are so in love right now. It’s probably one of the few things in her life that’s cheering her up right now, especially after her family’s personal issues – Bruce Jenner‘s sex change, Kim Kardashian’s rumored divorce, and of course, Rob Kardashian‘s drug issues.

What do you guys think? Do you think Khloe will start showing soon, and if/when she does, will she attempt to hide from the press? Let us know your thoughts in the comments below.