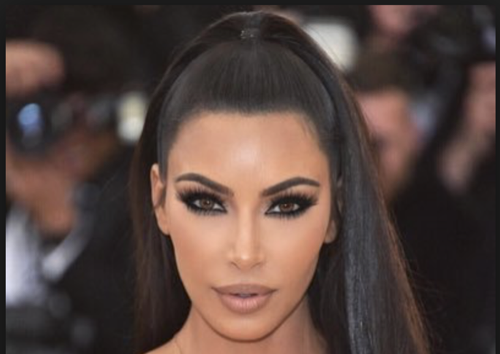 Kim Kardashian is pulling more than a long white t-shirt over her ample buttocks followed by a shameless selfie, of course, she’s also pulling the wool over the eyes of her fans. So do her fans truly believe that butt is 100% au naturel, or are her loving followers sparing her another embarrassing moment in her life by not calling her out on her plumped up bum? Good thing I am not a fan.

Despite her asinine attempt in 2011 to “prove” to her fans that her butt was the real deal by having an x-ray done (on camera, of course), did not one of her fans consider the possibility of fat injections that would not show up in an x-ray? Considering the number of fans she has, either they don’t have the heart to call her on her lie, or their combined IQ’s are the equivalent of the number of surgeries she’s had. Any woman who has ever looked into cosmetic enhancements or surgeries for weight loss or body-shaping knows that fat transfers have been done for years. “Take a little off here… and add a little more there.” Well, in Kim’s case… add A LOT more THERE.

Kim’s strategy was well-planned, I give her that. She and momager Kris Jenner studied the media carefully to follow the lead of celebrities that had earned their time in the spotlight. 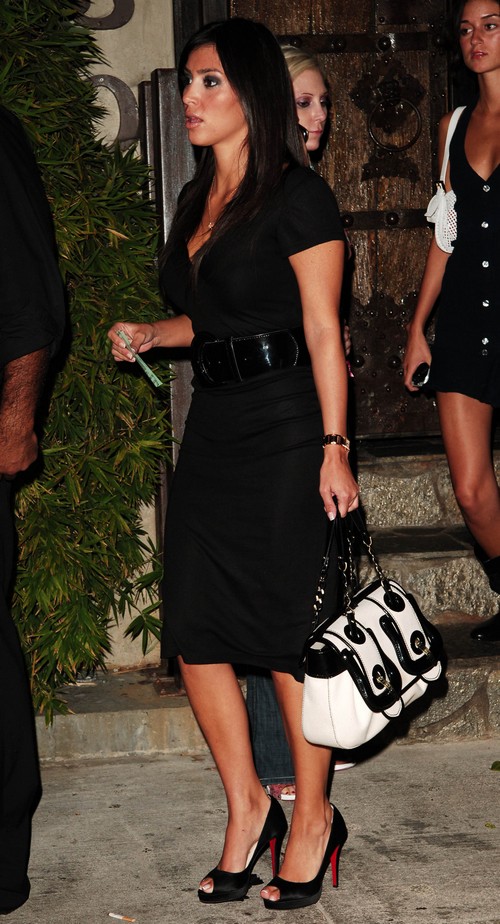 One of the hottest celebrities with a body that everyone drools over – JLo. Why not aim for the stars and model your body after someone who’s made the ample-booty famous? JLo was constantly snapped with the old over-the-shoulder-showing-my-booty pose that helped make her famous. She was gaining lots of attention and is continually hailed as the celebrity with the best body. Lots of attention? [Kris grabbed the notebook and took more notes].

Shortly after Kris and Kim, 33, devised the plan, they needed a sucker. Enter Ray-J, who may have been a bigger sucker than he intended. Do we really believe that someone stole this tape? Come on. Even Kim’s loyalist fans must admit the plan is textbook “Oh no, my sex-tape was stolen” Hollywood style. Ray-J was not smart enough to have sold the tape to a production company. If he was smart, he’d be the one on every magazine cover right now, not hosting a swarm of drunk party girls on Bad Girls Club-All Stars. He is just about smart enough to make a little hush-money by agreeing to follow the “stolen tape” story line with a promise by the Kardashian matriarch for lots of press upon its release. Too bad it didn’t work out so well for him. So, poor, victim Kim has to deal with the release of her sex tape, which just happens to catapult her into reality-stardom.

But her new image would not be worth much if she didn’t have something more to offer. Let’s face it, they just don’t make “intelligence injections” yet. She went for the booty. Kim herself has admitted that JLo is her idol. She has admitted to only Botox in the past, but oddly enough, when on the x-ray table in 2011 for the cameras, she failed to have her boobs x-rayed. Her ex, Damon Thomas, has stated in interviews that she has had a boob job and lipo when they were a couple. Hollywood Life published an article quoting Dr. Neil Sadick, a plastic surgeon, as saying “It’s very likely she may have had fillers” when speaking of Lady Kim’s bum. I cannot imagine her fans are shocked to hear that. Have they seen the unnatural transformation of her body – where her waist gets smaller, yet her booty seems to continually get larger? Take a look at every female friend you have…do ANY of their bodies transform like that? I’ll guess the answer is a resound “no.” I guess we cannot blame Kim, after all, her Booty is part of her image. To take it away may damage her ego. The question remains – would a deflated ego be worse than a deflated derrière?