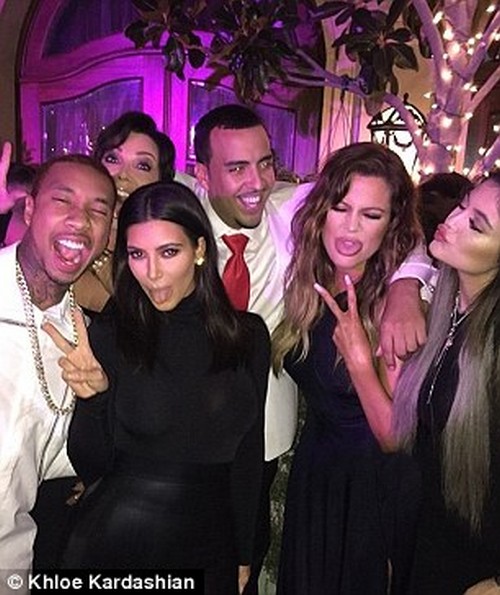 Kim Kardashian is slut-shaming her little 17-year-old sister Kylie Jenner for cheating on her BFF Blac Chyna with Tyga. Wow! Good for Kim – we are impressed that Kim Kardashian still has a moral compass and realizes that her slutty sister Kylie has no business messing around with Tyga who happens to be the baby daddy of Blac Chyna with whom Kim is tight. TMZ broke this news and it’s worthy of note that while Kim won’t admit that Kylie and Tyga’s relationship is physical, it isn’t their age difference or the potential for statutory rape that disturbs her anyway, rather it’s Kylie’s selfish wanton grab for Tyga and how that puts Kim in an impossible ‘middle sitaution’ between Tyga, Chyna, and Kylie. Now on to Tyga’s almost arrest yesterday….

I wonder if Kris Jenner is still singing the praises of the sweet Michael Ray Nguyen-Stevenson, also known as her underage daughter’s boyfriend, Tyga. As if he was not already the poster child for the “worst choice for your daughter’s boyfriend,” Tyga was swarmed by cops in South Central Los Angeles and handcuffed during a video shoot.

It all started when Tyga, driving a Rolls-Royce as part of a video shoot, was pulled over for reckless driving. Not long after, the rapper was placed in cuffs. Though it was reported that he was later released, his bodyguard was arrested and hauled off to jail after being found to be in possession of a gun which was not registered in California. And yet, Kris is still cool with her 17-year-old daughter Kylie Jenner keeping this company. It took six cop cars and several officers to handle the scene which included Tyga being up against a fence. He may want to get used to it as this could be his fate if he is found to be having sex with his underage girlfriend. 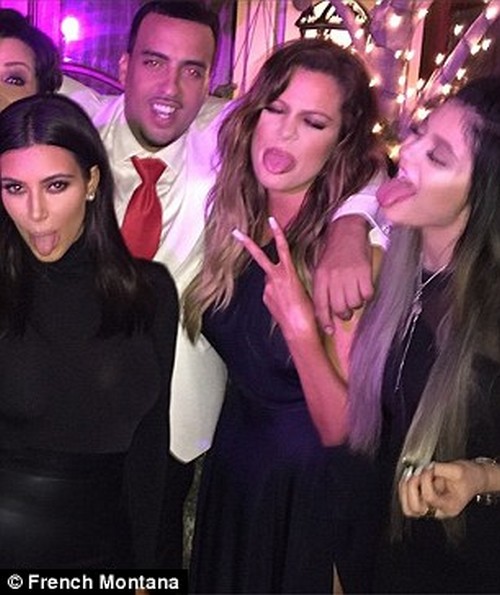 Rumors that Kim Kardashian is not happy about the relationship between Tyga and Kylie Jenner surfaced after Kim cropped a group picture from French Montana’s birthday party just enough so that Tyga was taken out. Kim reportedly feels that it was inappropriate for her half-sister Kylie to begin dating Tyga so shortly after his break-up from Kim’s friend Blac Chyna. Yes Kim, that’s the only thing that is inappropriate about this relationship.

Sadly, Tyga’s recent run-in with the LAPD will likely just make Kylie even more intrigued with her bad-boy boyfriend. And somewhere out there Kris Jenner is drunk, oblivious, and making out with her much-younger boyfriend. So are you impressed with Kim Kardashian slut-shaming her little sister Kylie?