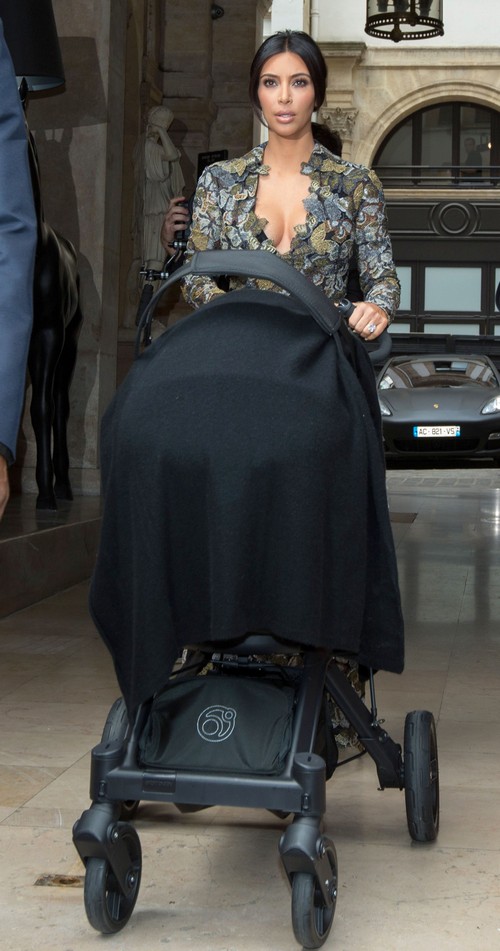 Kim Kardashian and Kanye West are honeymooning in Ireland, and guess what? They don’t have North West with them. I know, you’re shocked. I mean, why would they carry their daughter with them on their honeymoon when they can just hand her off to the nanny, much as they’ve been doing for most of her life? They know they’re not getting photographed during the honeymoon, which means they don’t need her for any publicity purposes.

Poor Ignori. I know that’s a mean nickname, but really, what else can you call the poor child? She is literally ignored by the two people who are supposed to be closest to her, never mind the fact that they’re also supposed to be taking care of her. If we factor in the amount of time that Kim and Kanye actually spend with North [and not traveling/famewhoring], we estimate that they’ve probably spent a maximum of 1/10th of her life with her so far.

That’s especially pathetic when you consider the fact that both of them have millions of dollars, and they could have easily taken a few months off to spend time with her if they wanted to. But noooo, Kim and Kanye would rather spend a few days in Ireland without their own daughter than they would with her. Seriously, that child is lucky that she has a nanny with her, or she’d be growing up with even more serious abandonment issues. Heck, I wouldn’t be surprised if she still grows up with terrible abandonment issues, especially since Kim and Kanye don’t seem to give a lick about her well-being outside of how it immediately concerns them.