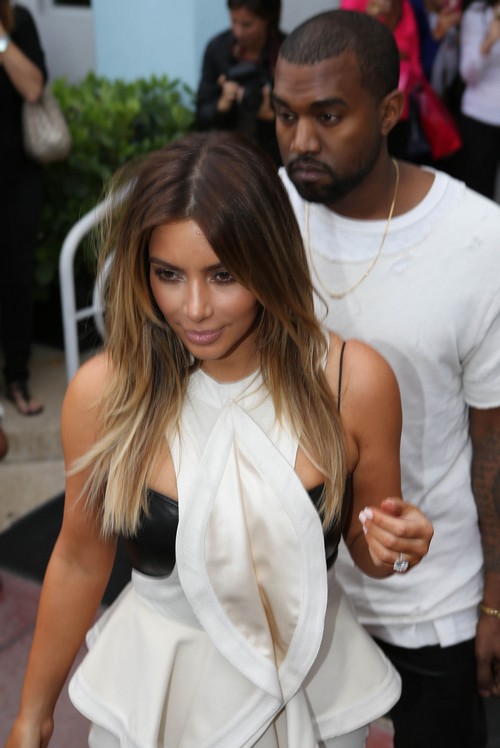 Kim Kardashian is getting tired of everyone insisting that she’s a lousy mother and so she has finally started to swing back at her many haters. I think many had hoped that her pregnancy and impending motherhood would somehow morph Kim into a different woman- one that cares about more than how she looks in a dress. Of course that didn’t happen and those sexy selfies that were so popular before she had North have brought nothing but backlash in the last few months.

According to the Dec. 16th print edition of In Touch magazine sources close to Kim say that while she insists that she is a good mother, it’s absolutely impossible with the schedule she keeps. Not only does Kim have a 5 month old but she also has a very needy fiance and it’s Kanye West that is calling the shots. He doesn’t exactly keep a child friendly schedule, preferring to stay up all night and sleep during the day. While Kim is trailing Kanye on his 25-city tour she is keeping similar hours.

That means that if North is on a regular, normal schedule then she really is being cared for by everyone but Kim. If she’s not on a schedule in order for Kim to care for her during her own waking hours then that might actually be even worse for her daughter! Either way, it’s unlikely that Kim is choosing to spend all of her free time with her baby. The source close to her claims that Kim is selfish still and she’s insisting on traveling and doing everything that she did before. Her baby seems to be more of an afterthought than a priority don’t you think? Tell us in the comments below!