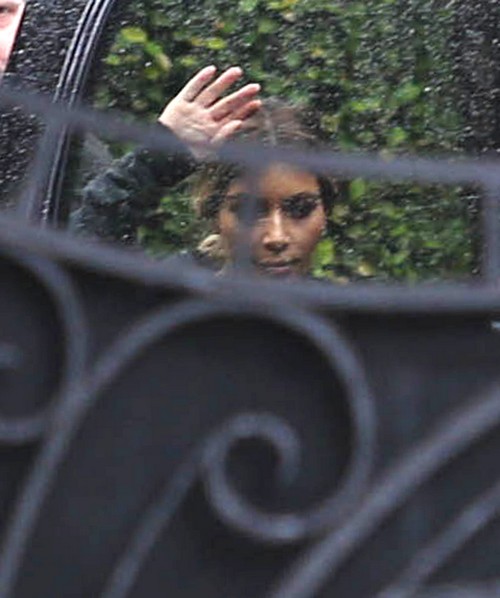 Kim Kardashian wants people to stop calling her a bad mother. She recently tweeted, “We took our baby girl swimming today for the 1st time, she loved it so much! #BestDayEver.”

A snarky Twitter commentator took the opportunity to call out Kim, writing back, “@KimKardashian probably cos she actually got to see her parents for a change!” Apparently, Kim found that tweet very offensive, since she hit back, saying, “U sound so ignorant. Bc I don’t tweet or instagram my every move w my daughter means I am not with her 247? We share what we want. Or is it bc I go support my fiance at every show & I post pix? When the baby goes down 4 bed or a nap, parents are allowed 2 work & support each other, maybe even have fun too. I’m not perfect but I’m not a negative hater, or rude. I’m so over haters and negative people. No time for that. #BadKarma.”

I think someone’s feeling a bit guilty over not spending that much time with North West, no? Why respond at all? Especially when that tweet was obviously bait for Kim. I mean, it probably hit home, right? Kim knows she’s not spending enough time with North, and her excuses are extremely thin. I highly doubt that Kim travelling with Kanye West all over Europe and the States happens when North is ‘down for a nap’.

But she is very accurate when she says they share ‘what they want’. Yes, we know that you do, Kim. Which means that we can probably expect to see several paparazzi friendly photo-ops and Instagram selfies over the next few weeks, combating the rumors that she’s a bad mother. But whatever she says and whatever she does, she’s only going to make it worse for herself with all of this incessant media-baiting. Stay away from the spotlight and stop appearing for every photo opportunity, proving to the public that you’d rather have your photo in the news than be at home with your baby.