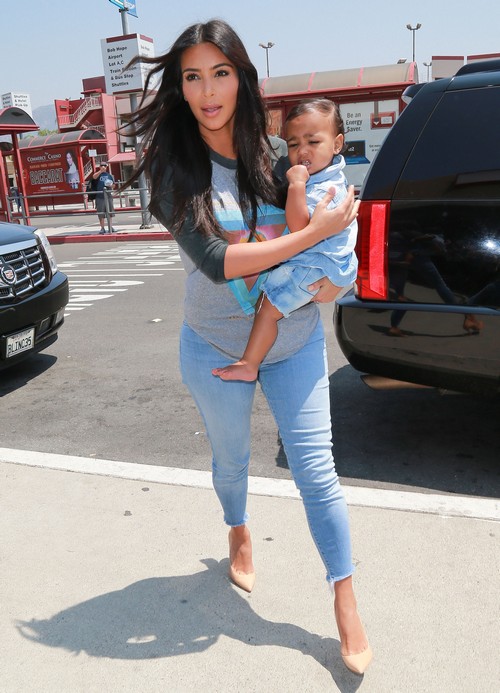 Barbra Streisand and James Brolin have had a strained marriage for the last few years, if you believe the reports. James’ wandering eye seems to have caused most of the issues between the couple, with Barbra sick and tired of playing second fiddle to James’ affairs. The latest report claims that the victim of James’ affection was none other than Kim Kardashian, which infuriated Barbra and and caused her to ‘hit the roof’.

The report, courtesy of the National Enquirer, suggests that James was ‘eyeing up‘ Kim during a celebrity party recently. And what’s worse, this comes on the heels of reports claiming that James had been trying hard to repair his marriage to Barbra – either because he still loved her or didn’t want to get that $400 million divorce. He had reportedly been attentive, loving, and stopped with all the flirting shenanigans. However, I guess it’s true what they say – a leopard can’t change his spots. If the rumors of James’ behavior over the years is true, the man is just a born flirt. He can’t help himself, although he really could have picked someone other than Kim Kardashian.

As the Enquirer’s source explains, “Barbra was fit to be tied. After this little episode, James has put himself back in the doghouse!”

The only thing that makes me question this story is why James would be so blatant to leer at another woman with his wife in the same room. If he was alone at the party, it makes sense that he creeped on all the women he wanted. But if his wife is at his side, then the man clearly has no self control.

Do you guys think James and Barbra will end up getting divorced eventually? Or will they fight through their issues? Let us know your thoughts in the comments below.