Kim Kardashian And Kanye West’s Wedding A Dream Come True For Attendees: The Drama, The Dresses, The Details (PHOTO) 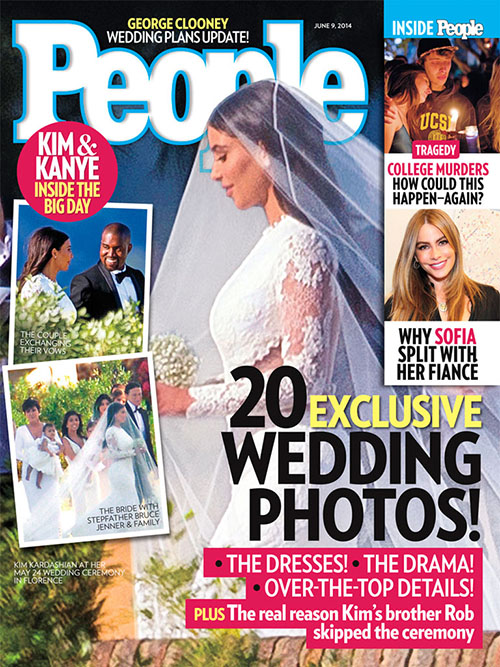 Finally. Finally. Finally . . . Kim Kardashian and Kanye West‘s wedding is over. Now all we have to do is weather a few more months of post-wedding news, photos, and drama (i.e. gossip about how their marriage is already crumbling) and then we can successfully say that we’ve endured the storm that was the KimYe Wedding. In the most recent edition of People magazine, there’s a great feature on the whole extravaganza, including some quotes from guests at the wedding who just had THE MOST AMAZING TIME EVER.

Regarding Kim and Kanye’s self-penned vows, the guest continues, “[Kanye] told me he had practiced them in front of a mirror several times to commit them to memory. He didn’t make any mistakes.”

Baby North West also made the ceremony and, according to the guest, she was carried down the aisle by Kris Jenner. “She clapped the whole way down.” We’re assuming it was North who was doing the adorable clapping (?)

What do you think about all of this — now that it’s over and done with? Leave your thoughts in the comments section below!